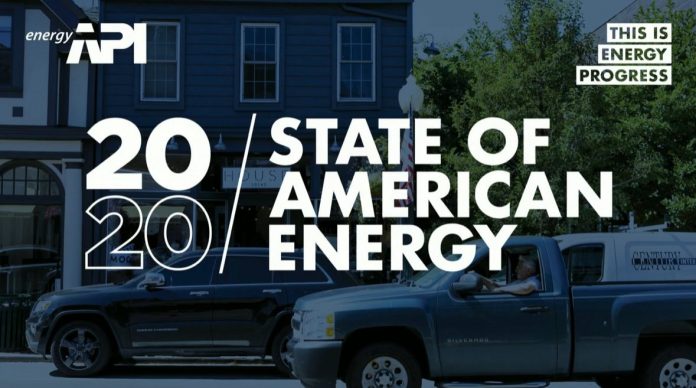 On Jan. 7, Mark Sommers, CEO of the American Petroleum Institute (API), issued a report on the State of American Energy for 2020. The State of Energy is always in flux. America is leading the world in emissions reduction. No other country has reduced annual carbon emissions more than we have.

Sommers went on to compare the importance of hydraulic fracturing and horizontal drilling to that of the invention of the iPhone. Because of the development of these methods, instead of being a major importer of energy, we are now a net exporter of oil and natural gas for the first time in nearly 70 years.

A Fracking Ban Would be Disastrous

Rather than embrace America as a world leader in carbon emissions reductions and environmental performance, some are pushing for complete bans on hydraulic fracturing. Sommers is clear about the dire consequences such a move would bring. “ At the extreme, we hear promises on the 2020 campaign trail to ban fracking, nationwide and forever. Here’s a glimpse at that vision: Millions of jobs lost … a spike in household energy costs … a manufacturing downturn … less energy security. In the short run, a fracking ban in America would quickly invite a global recession. You don’t abolish the most dynamic asset of the world’s leading energy supplier without severe consequences.”

The Benefits of Natural Gas

Sommers believes the oil and gas industry needs to be on the offensive in 2020. He wants to bring forward the story of energy in this country: how it has pushed costs down while reducing our dependence on coal and thereby benefiting the environment. He wants to show the everyday citizen how natural gas benefits them not only on a personal level with affordable household energy but on the larger stage of the national economy – all while still benefiting the environment. He says:

Bold and achievable action on climate change at the global level is essential, and America’s natural gas and oil industry is committed to innovation and leadership to make these ambitions more than just hopes and dreams. We support legislation to encourage wider use of carbon capture, utilization, and storage technology—a breakthrough based on American ingenuity. We’re partnering with the best minds in technology, data analytics, and engineering. We proudly launched the Environmental Partnership two years ago to convene, share, and design new methods for reducing methane emissions. Whenever we advance new technologies to reduce or capture carbon emissions, we take a step forward with other industries looking to do the same.

He was quick to point out the need for additional infrastructure in order to bring energy from where it is to where it is not, and also as a way to reduce waste in the form of flaring. To encourage faster construction of infrastructure, lawmakers need to adopt new guidelines that would help avoid delays. “All this not only helps strengthen our economy on both ends of the value chain – it ensures our abundant energy powers American households, businesses, and trading partners in communities like those I just mentioned. We need lawmakers to end mandates on ethanol that were put in place long ago when our energy picture was much different. We also need to ensure ongoing access for safe and responsible energy development on land and off our shores.”

The state of American energy is one of progress. The United States is going to continue as a world leader in production as well as innovation to benefit her people and the environment.