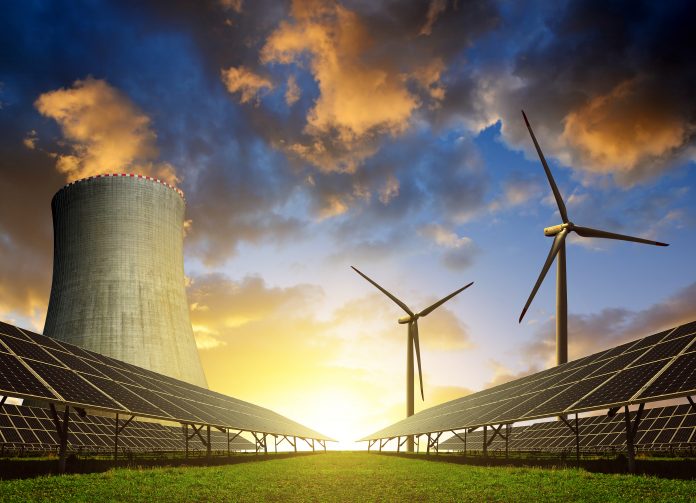 This past Wednesday, June 24, the countries of the EU decided the bloc’s flagship fund would not be used to finance nuclear and natural gas. The European Commission, the EU’s executive arm, wants to set up a 40 billion euro Just Transition Fund. With the recent agreement, the fund will be aimed at encouraging a shift away from high-carbon industries. It will help coal miners train for new low-carbon jobs, and it will help regions economically dependent on polluting sectors to build new industries. It was also decided that the Just Transition Fund would not be used to support the construction of nuclear power plants or any investments related to fossil fuels.

It was not a unanimous decision, however. Eight EU countries rallied together in support of natural gas. The countries of Bulgaria, Czech Republic, Greece, Hungary, Lithuania, Poland, Romania, and Slovakia submitted a paper titled “The role of natural gas in a climate-neutral Europe.”

“A transition based solely on renewable energy sources does not consider the need for a diversified energy mix in the EU,” says the paper, obtained exclusively by EURACTIV. “When replacing solid fossil fuels, natural gas and other gaseous fuels such as bio-methane and decarbonised gases can reduce emissions significantly.” They go on to point out that natural gas has been a major driver of Europe’s rapid transition away from coal power and is also proving a valuable back-up for variable renewable electricity generation from wind and solar power.

IEA sees the sense in nuclear power and natural gas

These eight countries were not alone. The International Energy Agency (IEA) has been focusing on the shocks caused by the pandemic to global energy demand. They produced the Sustainable Recovery Plan as a reference for countries to use while considering how to proceed. The plan sets out how governments can boost economic growth, create millions of new jobs, and put global greenhouse gas emissions into structural decline. In it the IEA encourages governments to include nuclear and natural gas in their recovery plans, as both play a large role in cutting emissions. This plan is just a reference, and one apparently not highly thought of by the EU.

This is unfortunate. If it is a clean, efficient source of energy that the EU and environmentalists want, nuclear power is the answer. Richard Rhodes, writing for YaleEnvirnment360, does an excellent job of laying out the benefits of nuclear power:

For too many environmentalists concerned with global warming, nuclear energy is today’s Devil’s excrement. They condemn it for its production and use of radioactive fuels and for the supposed problem of disposing of its waste. In my judgment, their condemnation of this efficient, low-carbon source of baseload energy is misplaced. Far from being the Devil’s excrement, nuclear power can be, and should be, one major component of our rescue from a hotter, more meteorologically destructive world.

Like all energy sources, nuclear power has advantages and disadvantages. What are nuclear power’s benefits? First and foremost, since it produces energy via nuclear fission rather than chemical burning, it generates baseload electricity with no output of carbon, the villainous element of global warming. Switching from coal to natural gas is a step toward decarbonizing, since burning natural gas produces about half the carbon dioxide of burning coal. But switching from coal to nuclear power is radically decarbonizing, since nuclear power plants release greenhouse gases only from the ancillary use of fossil fuels during their construction, mining, fuel processing, maintenance, and decommissioning — about as much as solar power does, which is about 4 to 5 percent as much as a natural gas-fired power plant.

Second, nuclear power plants operate at much higher capacity factors than renewable energy sources or fossil fuels. Capacity factor is a measure of what percentage of the time a power plant actually produces energy. It’s a problem for all intermittent energy sources. The sun doesn’t always shine, nor the wind always blow, nor water always fall through the turbines of a dam.

Third, nuclear power releases less radiation into the environment than any other major energy source. This statement will seem paradoxical to many readers, since it’s not commonly known that non-nuclear energy sources release any radiation into the environment. They do. The worst offender is coal, a mineral of the earth’s crust that contains a substantial volume of the radioactive elements uranium and thorium. Burning coal gasifies its organic materials, concentrating its mineral components into the remaining waste, called fly ash. So much coal is burned in the world and so much fly ash produced that coal is actually the major source of radioactive releases into the environment.

I hope the recent decision by the EU will not come back to haunt them later. It truly pays not to keep all your eggs in one basket. Diversification of energy sources is a safer road to travel. They may regret not having nuclear power or natural gas waiting in the wings.