Feb. 16 is Innovation Day, a chance to recognize new ideas, products and services that are changing the world.

For PG&E’s award-winning Gas Operations Research and Development and Innovation team, every day is Innovation Day. This team is driving the development of technologies that could dramatically shift the paradigm on methane detection and the capture and repurpose of carbon dioxide.

“We’re working collaboratively with our peers in the natural gas industry, the nation’s leading research institutions, and innovative startups to create new tools and methods to provide clean and safe energy to PG&E’s customers. Ultimately, this collaboration helps to accelerate developments by tapping the best resources. It also improves our overall industry practices in the United States and throughout the world,” said François Rongère, the team’s senior manager.

Along with safety and operational excellence, reducing PG&E’s carbon footprint is one of the major focus areas of PG&E’s Gas Operations R&D and Innovation team. PG&E was an early supporter of California’s statewide emissions goals and remains committed to helping achieve a reduction of methane emissions to 40% below 2015 levels by 2030.

Today, three projects are entering new phases in testing and, with these milestones, increased potential for new and exciting opportunities on the frontlines of climate change.

For more than six years, PG&E has collaborated with NASA’s Jet Propulsion Laboratory and other partners to adapt NASA’s Open Path Laser Spectrometer sensor on an unmanned aerial system or drone. The miniature methane sensor developed by the laboratory is derived from the technology developed by NASA to find life on Mars and is 1,000 times more sensitive than most commercially available technology.

The drone-mounted leak-detection sensor can survey large stretches of infrastructure in a short amount of time, including areas that are more time-consuming to cover using traditional patrol methods to detect any leaks. Since leaks are identified and quantified faster, they can be prioritized for repair to reduce methane emissions.

The technology assesses emissions levels by flying around a source where concentration enhancements measured downwind are combined with wind speed to estimate emissions.

After several years of modifications and testing, the UAS leak-detection technology is likely in its final year of development. The goal is to bring the technology into operational use sometime in 2022.

The ability to deploy an aerial methane-detection tool over long distances and in remote, hard-to-reach areas could signal a major turning point in future gas-leak detection capabilities for PG&E and the utility industry.

PG&E’s service area covers most of Northern and Central California, which includes Silicon Valley, where some of the world’s leading innovators and research institutions are located.

With such close proximity to some of the preeminent pioneers in climate change-fighting technology, PG&E has found collaboration opportunities, including with startup Opus 12 and the Alfred Spormann Laboratory at Stanford University.

Opus 12 is a clean-energy startup that originated at Stanford University and the prestigious Cyclotron Road program at the Lawrence Berkeley National Lab. The Opus 12 team created a new proprietary system to convert water and carbon dioxide into renewable natural gas in one step.

“We see CO2 electrolysis as an important future lever in the state’s carbon emissions reduction roadmap. Our technology transforms waste CO2 emissions and renewable electricity into green natural gas, which can be used in existing pipelines, essentially turning California’s gas grid into an enormous battery. We partnered with PG&E to demonstrate a prototype of this process, and we look forward to future collaboration toward commercial-scale deployment of our technology across the state,” said Nicholas H. Flanders, Opus 12 co-founder and CEO.

PG&E is investing in research and infrastructure to support the possibility of renewable natural gas that not only offers a carbon-neutral source of energy to its customers but also helps California businesses such as dairies to reduce their greenhouse gas emissions by capturing methane and carbon dioxide otherwise released into the atmosphere.

Opus 12 is focused on repurposing this excess carbon dioxide into additional methane through a single electrochemical step using excess renewable electricity and water. By converting carbon dioxide into a controlled form of methane, it can then be incorporated into the development of RNG. This would effectively increase the output capacity of the overall RNG production process.

During the first phase of Opus 12’s project, the team demonstrated the world’s first methane-producing PEM electrolyzer and the highest reported partial current density to methane in literature.

As part of a consortium funded through NYSEARCH, PG&E is also involved in a project with the Laboratory of Professor Alfred Spormann at Stanford University, which is also looking at the possibilities of repurposing carbon dioxide into methane using a biological, rather than chemical, process.

PG&E initiated the partnership between Stanford and NYSEARCH, which is currently funding phase two in a 24-month long project to understand the effects of intermittent electricity on bacteria that use excess renewable electricity, water and carbon dioxide as food sources to produce methane and oxygen with zero byproducts.

While Stanford’s integrated microbial process is still in its early stages, it continues to show great promise as yet another possible technology in PG&E’s portfolio capable of helping the company achieve carbon-neutral renewable natural gas.

From drones equipped with sensors once used to potentially identify life on Mars to the possibilities of converting carbon dioxide emissions into pipeline quality fuels, PG&E is proud to support the development and future operational use of technologies that are making the way we deliver energy resources to our customers cleaner, safer and more innovative.

By Melissa Subbotin and Jason King 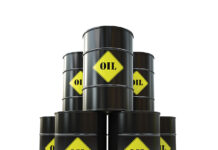 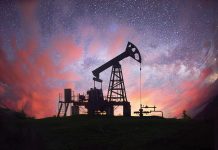 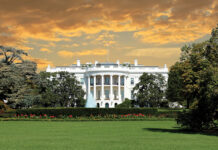