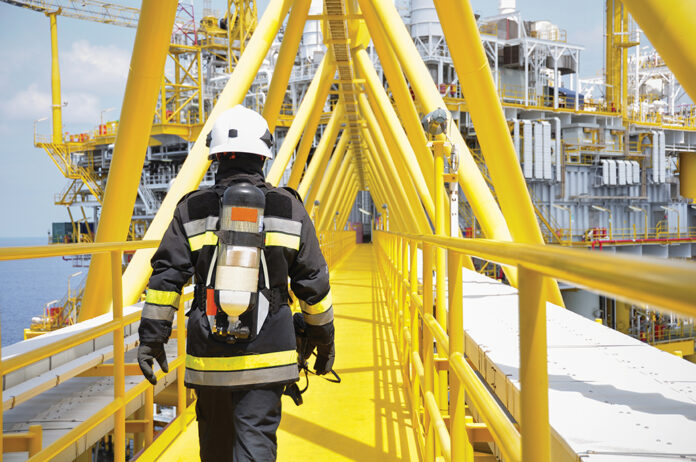 Construction and oil and gas exploration sites are not oblivious to the risk of deaths from scalds or electrical burns caused by fire outbreaks. Therefore, the implementation of fire safety measures has become imperative across industries, especially those at higher risk of such accidents.

According to a recent report by Fact.MR, the oil and gas industry contributes over 40% of intumescent coatings demand, backed by the increasing awareness about enforcing fire safety norms.

Several leading names in the oil and gas industry have been investing in intumescent coating. This trend is more prevalent, especially in China and the U.S., as industry players place a higher emphasis on curbing the fatalities caused by unprecedented accidents or fire outbreaks.

Oil, gas and chemicals producers in the offshore and onshore sectors of the energy supply chain need high-performance fire-resistant coatings that offer safety to workers and assets against fire incidents. Intumescent coatings protect against passive fire incidents thanks to their application in dousing fire, fireproofing, window casings and gasketings.

According to the U.S. Fire Administration and Injury Facts report, in 2019, 1,291,500 fires resulted in 3,704 civilian deaths and 16,600 fire injuries, which resulted in an almost $14.8 billion loss across the country. Producers in the oil and gas industries are adopting various methods to reduce fatalities, including intumescent coating for fire protection as permanent fixtures in the industry.

Incidents such as Fixborough, Piper Alpha, Seveso and BP Texas city disaster have alerted the oil producers to incorporate various fire-safety protocols to protect safety-critical structures and equipment from the danger of explosions, fires and hydrocarbon spills.

With the oil and gas industry recovering, especially across North America, Middle East, Russia and Asia, the adoption of intumescent coatings is increasing, particularly to protect structures and equipment exposed to extreme conditions and temperatures.

There has always been misapprehension about fire inhibition by using a coating of either fire retardant or fire resistance. Conventional organic surface coatings are easily ignitable; they might drip or melt, causing severe injury and damage in the event of fire.

Intumescent coating, which is also a fire retardant coating, is one of the oldest, easiest and most effective ways to protect staff and assets in case of a fire outbreak within the oil and gas exploration activities.

Intumescent coatings are high in demand as they swell under the influence of extreme temperature and heat to form a charred multicellular layer, which instantly acts as an insulating barrier and slows heat and mass transfer.

Stringent regulations implemented by governments across the U.S., India, China and other countries have mandated the adoption of intumescent coating to lessen the burden of fire fatalities.

It is vital for oil and gas industry producers to protect steel construction from the combustion of oil, liquid nitrogen gas (LNG), liquid petroleum gas and methane. Hence, the adoption of flame retardant coatings such as intumescent and epoxy resin coatings is high within oil and gas industry manufacturers.

With this status, India is expected to be one of the largest contributors to the production and consumption of petroleum. With the increase in oil production, demand for intumescent coatings has burgeoned across the country.

Industry giants such as Reliance Industries Limited and Indian Oil Corporation have signed up for oil refinery expansion projects. For instance, Indian Oil signed up to invest $3.2 billion in Gujarat refinery expansion petrochemical projects in June 2021. To run hindrance-free operations, these organizations are required to follow various hazard and fire safety protocols.

Besides India, China also exhibits high demand for intumescent coatings. Thanks to the expansion of oil and gas exploration activities, emphasis on fire safety measures is expected to increase with time.

Epoxy intumescent coating has relatively lower material and application cost with excellent chemical resistance under high temperature. When the temperature of steel within pipelines reaches 400-500˚C, stiffness and strength of steel reduce, which can have devastating impacts on the building and the site.

As epoxy intumescent coatings are suitable for such harsh temperatures, oil and gas industry producers often rely on them as an excellent fire retardant.

As more industries realize the importance of implementing top-class fire safety protocols, the impact on intumescent coatings sales could be ground-breaking.