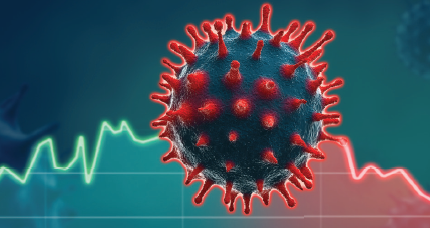 COVID-19 has been a huge disruption to our lives as well as to the economy.   The disruption of demand caused oil prices to drop precipitously, even below zero for a short period, a historic collapse in pricing.

The ramifications of this collapse to the economies of Texas and other areas producing oil and gas will be long-lasting and devastating. Deloitte recently released a study titled “The future of work in oil, gas and chemicals.” The study predicts under their consensus forecast that 70% of the jobs lost due to the demand collapse will not be recovered by the end of 2021. The devastation to the economy and the losses in tax revenue will be difficult to determine, and how bad it gets will ultimately depend on where prices stabilize.

Oil and gas communities such as Midland, Houston, Kilgore, Laredo, Tulsa, Lake Charles and the hundreds of smaller communities throughout Texas, Oklahoma, Louisiana, New Mexico and the other energy-producing areas of the United States will not only lose many high paying jobs — they will lose a lot of the civic leadership and capital which made those places home for the folks that live there. While COVID’s devastating impact on pricing was a black swan event and attributable to a collapse in demand caused by another in the economy, not all the long-term damage to the oil and natural gas economy will be due to market forces. I predict that much of the future reduction in demand will be for political and ideological reasons rather than economic.  Several U.S. states, as well as various nations, are mandating zero-emission vehicles and renewable sources of energy.  If this made economic sense, there would be no need for mandates.

Governmental mandates, phasing out fossil fuel in the production of electricity in California, are a major contributor to the many electric brownouts and blackouts the state has had lately.  California has created a situation in which a cloudy day can put at risk an economy larger than the United Kingdom’s — we don’t need this for the rest of the country.

The economic hardships exacerbated by COVID-19 have given even more reason to not purposely inflict harm on one of the most productive sectors of our economy. Now is the time to spend less producing energy rather than more. The United States became number one in oil and natural gas production, and this boost to employment and reduction in the trade deficit was a large factor in our economic success over the last decade.

From time to time, l like to highlight certain nonprofit organizations that have interesting information, and today I would like to introduce you to the Committee for a Constructive Tomorrow or “CFACT.” Their stated purpose is to “enhance the fruitfulness of the earth and all of its inhabitants” through four main strategies: Prospering Lives, Promoting Progress, Protecting the Earth and Providing Education. This organization has lots of interesting information on its website www.cfact.org, including some educational podcasts and a store with many books and two movies they have produced, “Climate Hustle” and the recently released “Climate Hustle 2” hosted by Kevin Sorbo of Hercules fame. If you are interested in energy, natural resource and environmental issues, I strongly urge you to check out this organization and its website. It’s not the same ole leftwing drivel that the mainstream media and tech monopolists consistently push.

I’d like to close this column on a lighter note. Next time you’re in a small oil patch town around lunchtime, drive up and down the main drag to scope out as many restaurants as possible. When you see one with a large number of oil field workers’ pickups, then you’ve found the best place to eat lunch. This technique has led me to the best chicken fried steaks I’ve ever eaten. You’ll increase your probability of getting a good meal significantly, and in these times, we especially need to support our independent small-town restaurants and businesses.