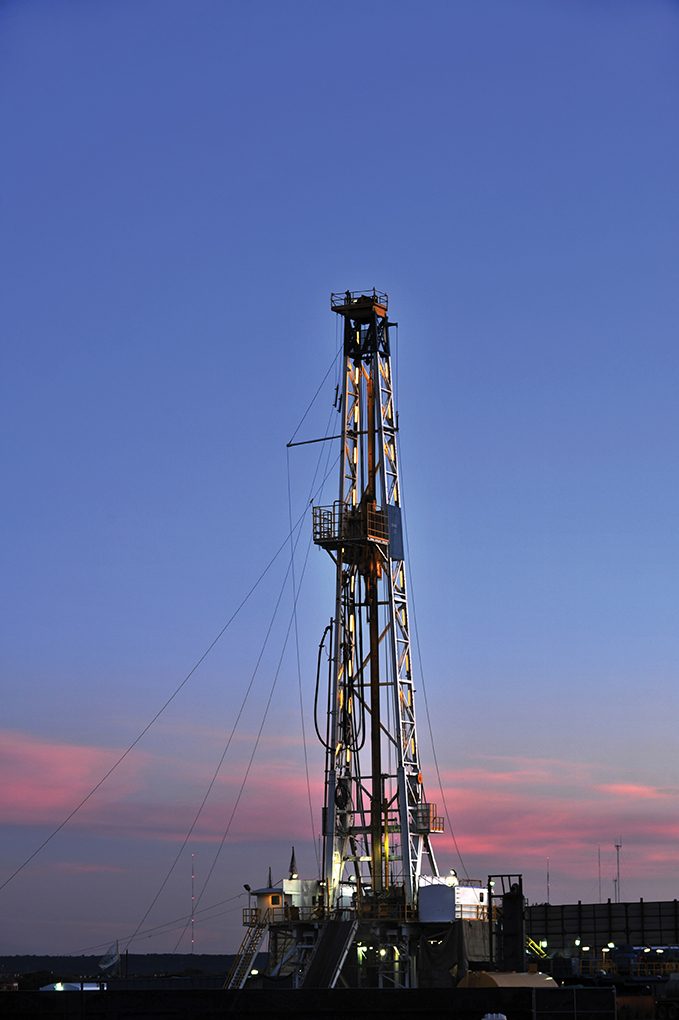 We had a running back on my high-school football team that was fast and could put a move on you. But his problem was that instead of running forward downfield towards the other team’s end zone (what commentators call running “north-south”), he had a tendency to run sideline to sideline (running “east-west”). Understandably, running really fast from sideline to sideline didn’t do much to advance the ball.

The oil-and-gas industry – more specifically, oil-and-gas lawyers are now confronted with a similar issue. With the advent and proliferation of horizontal wells, lawyers have to figure out which parts of the jurisprudence that has developed over the past one hundred years premised on vertical wells also applies to horizontal wells. It turns out not all concepts and principles are easily transferred or are even relevant.

Luecke also pointed out the need for a different methodology to allocate royalties. In a pooled unit, royalties are allocated based on the proportionate share of acreage contributed to the pooled unit; if you contribute 100 acres to a 400-acre pooled unit, then you’re entitled to one-fourth of the lease royalty, regardless of how much oil and gas is actually produced from your property. But, where there is no pooled unit, and there is only a horizontal well crossing under and producing from several properties, then you are entitled to the percentage of production actually coming from your property.

In the 2017 case of Lightning Oil v Anadarko, the Texas supreme court decided that a mineral lessee (Anadarko) that couldn’t drill on its lease because of restrictions imposed by a wildlife refuge could drill a horizontal well from an adjacent property and required the permission only from that adjacent surface owner (Briscoe Ranch). The adjacent mineral lessee (Lightning Oil) objected to Anadarko allegedly trespassing by drilling through their (Lightning Oil’s) mineral interest to get to Anadarko’s mineral interest. The court concluded that whatever oil and gas that might be removed from Lightning Oil’s interest as a result of Anadarko drilling its well 8000 feet down and then laterally onto their property was insignificant compared to the overall value Anadarko would be able to derive from accessing its minerals in this way.

In the 2018 case of Murphy Exploration v Adams, the Texas supreme court had to decide how to interpret a provision in a lease that required the lessee (Murphy Exploration) to drill an “offset” well on the lessor’s (Adams) property, should an adjacent mineral lessee ever drill a well within a certain distance of the property line. An adjacent mineral lessee (Comstock) did that, so Murphy Exploration had to drill an offset well. Traditionally, in cases involving vertical wells and conventional formations (sandstone, limestone, and other relatively permeable and porous rock), the idea was to drill an offset well to prevent your oil and gas from being drained by the well on the adjacent property.

However, in this case, though Murphy drilled a well, it was over 2,100 feet from the offending well – hardly close enough to prevent any potential drainage. Nevertheless, the court held that Murphy had satisfied its lease obligation by simply drilling the well, regardless of its proximity to the offending well. Because these were horizontal wells in an unconventional formation (i.e., tight shale that is neither porous nor permeable), the notion that an offset well would prevent drainage had no application.

Finally, in the ongoing (at least, legal) debate regarding the legality of allocation wells, the conceptual and practical differences between vertical and horizontal wells also manifest themselves. One school of thought considers allocation wells to be illegal efforts to pool acreage, where no pooling authority has been granted by the lessor. The other school of thought is that allocation wells are nothing more than a series of continuous horizontal wells underlying two or more leases and have nothing to do with pooling – unauthorized or otherwise.

It is curious to note that, despite this ongoing debate regarding the legality of allocation wells, there doesn’t seem to be any rush by any branch of government to resolve the matter. The state legislature has not enacted any statute that would answer the question – although you would think that it’s their job to do so. The courts have not decided any case that would shed any light on the matter – mostly because every case that has been filed so far has settled. The Railroad Commission has chosen not to issue any rules or regulations relating to allocation wells. This lack of action by all three branches of state government hasn’t seemed to slow down the number of allocation wells being drilled, which now are in the thousands. Perhaps ignoring the matter is the most productive course, after all.

We are transitioning from a vertical-well to a horizontal-well world. Technology, as usual, is out ahead of the law. It remains to be seen what other changes in the law will be made in recognition of the different dynamics present with horizontal wells.

Matt Skinner, with the Oklahoma Corporation Commission (Oklahoma’s version of our Railroad Commission), stated: “We have a well-established vertical world, and we have a new horizontal world. The issue is how can these two worlds live together.”

It’s almost like starting over. For the industry, that kind of uncertainty is scary. For lawyers, it’s a good way to make a living.

About the author: Bill Keffer is a contributing columnist to SHALE Oil &Gas Business Magazine. He teaches at the Texas Tech University School of Law and continues to consult. He also served in the Texas Legislature from 2003 to 2007.