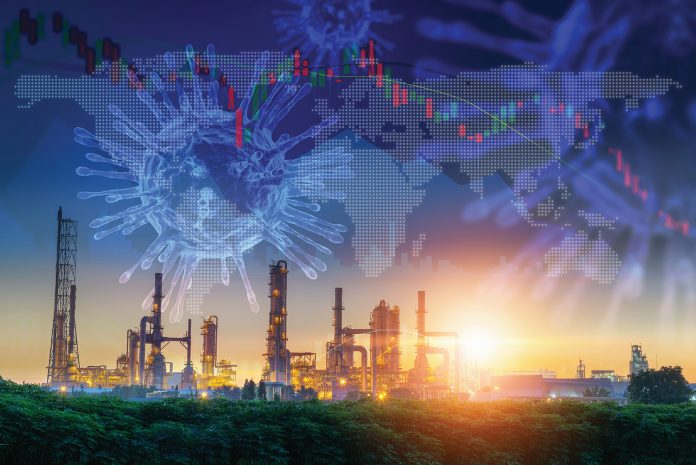 The big story today is obviously Chevron’s announcement that it plans to buy Houston-based Noble Energy in a stock exchange valued at just $5 billion.

“Our strong balance sheet and financial discipline gives us the flexibility to be a buyer of quality assets during these challenging times,” Chevron chairman and CEO Michael Wirth said. “This is a cost-effective opportunity for Chevron to acquire additional proved reserves and resources. Noble Energy’s multi-asset, high-quality portfolio will enhance geographic diversity, increase capital flexibility, and improve our ability to generate strong cash flow.”

As I pointed out in my own analysis of this deal this morning, this is the largest merger or acquisition in the energy space so far in 2020, far out-pacing anything completed during the first half of the year. For Chevron, it represents vindication of its decision to pull out of last year’s hugely-expensive competition with Oxy to purchase Anadarko, a deal that Oxy ultimately closed for $55 billion. Oxy has since been slammed for dramatically over-paying for that deal.

By contrast, analysts are already praising Chevron for this deal. At least one, Paul Sankey, lead analyst at Sankey Research, says he does not anticipate Chevron to be hit with another bidding war: “Noble’s takeover premium today – $10.38/share for a stock that closed at $9.66 on Friday, is less than the stock moved intraday on several days over the past month, and is one of the lowest premiums we have seen for a major deal. Will there be a counter? We doubt it. First, after the Oxy-Anadarko debacle in which Oxy flew in the face of “never do a hostile deal in oil”, the appetite for deal competition is zero. Second, ExxonMobil XOM is cash-strapped, Shell too, TOTAL does not want US politics… BP is facing a dividend struggle and this would be a side-show… it is difficult to see another suitor emerging from the obvious candidates. Merger options are limited by Noble’s strange business mix.

“We don’t see any major problems with the numbers as presented by CVX, with Noble having a global footprint and a large Houston HQ, synergies will be considerable ($300m within a year), and Wirth gets his opportunity to finally move Chevron from California to Houston, at the bottom of the market.”

It’s a really big deal, and likely a very good one for Chevron and its shareholders.

Sergio Chapa reports in the Houston Chronicle today that the news is not so positive for service sector giant Halliburton. HAL posted a second quarter loss of $1.7 billion today, a dramatic change from the $75 million profit it reported during the same quarter in 2019. Hopefully, better times lie ahead.

Replaying a failed strategy expecting a different result – The editorial board at the Wall Street Journal writes about a new lawsuit filed by the radical leftist attorneys general in Washington, DC and Minnesota based on the long-debunked “Exxon Knew” narrative pushed by the climate alarmist lobby for the past decade. The original stupid suit brought by the New York AG’s office got poured out last year by a Democrat state judge who called the plaintiffs’ reasoning “hyperbolic.” This new suit shifts tactics a little bit, but only by including more “big oil” companies like BP, Shell and Chevron in it as defendants.  So tiresome.

To literally no one’s surprise, oil and gas production numbers in North Dakota are down. As reported by the Minot Daily News, the state’s Department of Mineral Resources says that oil production declined from 1.2 million bopd in April to just 858,000 in May as operators shut-in vast portions of their production due to depressed prices. Gas production also dropped, by about 12%. Given that many producers began restarting their shut-in wells in June, it’s a pretty safe bet that next month’s report will show a reversal of this trend.

James Osbourne reports in today’s Houston Chronicle that some pipeline companies are starting to scale back expansion plans as recent court rulings have begun to erode confidence in the midstream sector of the business. “There’s so much uncertainty on the project timeline and the cost you are unlikely to see another major natural gas pipeline built (that crosses state lines),” said Sam Andrus, executive director of North American gas at the consulting firm IHS Markit. “These environmental groups have made it their explicit goal to delay these projects and raise the costs. And they’re getting better at it as time goes on.”

In a bit of positive news, Energy Secretary Dan Brouillette told reporters on Friday that the U.S. signed a preliminary agreement with India on cooperating on emergency crude oil reserves, including the possibility of India storing oil in the U.S. emergency stockpile. As reported by Reuters, Brouillette said that the United States would like to begin the process of sharing with India the establishment of a strategic petroleum reserve (SPR) and then see how the U.S. SPR, comprised of underground caverns in Texas and Louisiana, could help India store oil there, Brouillette said.