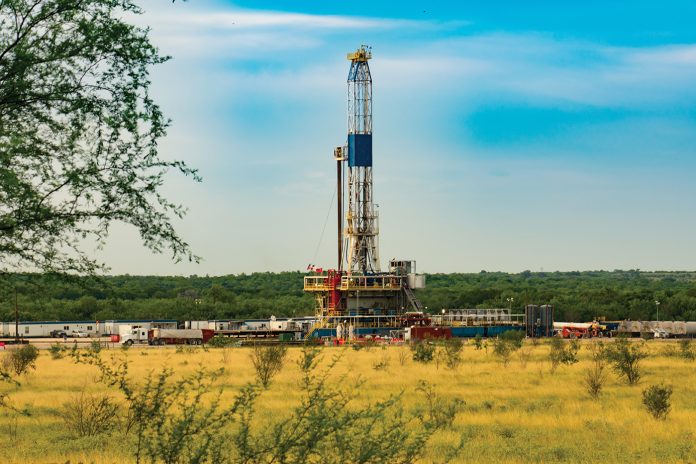 The price for a barrel of West Texas Intermediate jumped above $34 in early trading on Monday, as optimism continues to grow about a rapid U.S. and global economic recovery. The leap in crude prices was reflected in a strong opening in the stock markets, with the Dow Jones Industrials hitting the 25,000 mark for the first time in months.

But this ongoing price recovery in the oil sector does not change the basic math for the domestic shale industry. As Bloomberg points out in a good piece today, companies have not been drilling enough new wells to compensate for steep well decline rates, which likely means that overall U.S. production will continued to drop for the foreseeable future.

Further supporting this reality is the fact that the Enverus Daily Rig Count hit another new all-time low of just 332 active U.S. rigs on Monday, while the Frac Spread Count from Primary Vision held steady at just 45 nationwide. As we pointed out last week, these low rig and frac spread counts mean that the service company sector has laid off tens of thousands of employees, thousands of whom will not be willing to quickly come back to work in an increasingly-unreliable part of the economy. Thus, recovery from this deep bust will be slow and difficult.

The Wall Street Journal adds to this overall thesis with a good analysis this morning predicting that shale firms who survive the current crash are likely to focus on leaner and less risk-intensive business models going forward. “That is the growing view among top oil and natural-gas executives and experts, who say the coronavirus pandemic is going to thin the ranks of shale companies and leave survivors that are smaller, leaner and less able to pursue growth at any cost.”

Speaking of frac spreads, Tudor, Pickering and Holt is now reporting that the massive crash in the oil-centric Permian Basin has now made the gas-rich Marcellus/Utica Shale region home to the most active frac crews in the country.

Here’s an Excerpt from the story in the San Antonio Express News:

The cutbacks have left the Marcellus with 31 percent of a diminishing number of active crews, according to a report by Houston investment advisory firm Tudor, Pickering, Holt. The Permian is second with 30 percent, followed by the Eagle Ford Shale in South Texas and the Haynesville Shale in East Texas and Louisiana with 14 percent each.

Of the 450 available hydraulic fracturing fleets in the United States and Canada, only 70 are deployed in the field, Tudor, Pickering, Holt said.

Some industry experts believe that there are fewer than 50 active hydraulic fracturing fleets in the field, but Tudor, Pickering, Holt Managing Director George O’Leary says “both levels are putrid.”

The same could be said for the rig count, which declined to 318 across the nation, 21 fewer than a week ago, according to Baker Hughes, a Houston oil-field service company that has tallied the count since 1987. At the worst of the 2014-16 oil bust — the previous record low — there were 404 rigs operating.

Finally, from our “You don’t saaayyyyy” file, the UN’s International Energy Agency pours cold water on the tiresome “Peak Oil” theories flying around that claim that the COVID-19 pandemic means we have already reached Peak Demand for crude oil. As reported in today’s Houston Chronicle, EIA head Fatih Birol states that “In the absence of strong government policies, a sustained economic recovery and low oil prices are likely to take global oil demand back to where it was, and beyond.” By “strong government policies,” Mr. Birol means Soviet-style command-and-control restrictions on oil and gasoline consumption and even more massive subsidies for wind and solar.