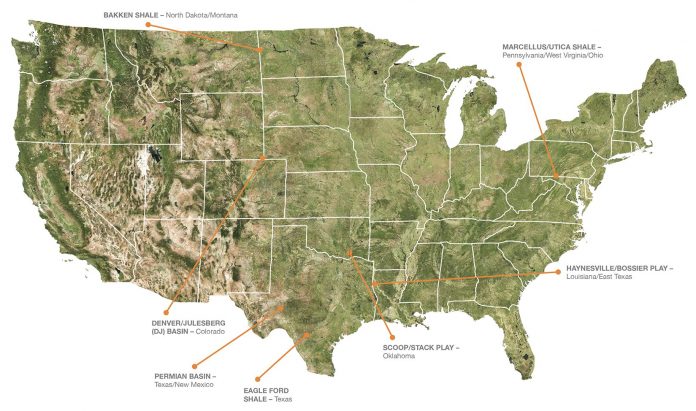 Shale producers across the country have been conducting some very difficult and grim earnings calls over the past week. A new report from RS Energy Group (now a part of Enverus) finds that the average year-over-year reduction in CAPEX announced by U.S. upstream companies thus far is averaging 43%. When the analysis is limited to onshore producers only, the drop rises to 50%.

Some highlights thus far include:

This is carnage. There is no other word to describe it.

On to Other News:

By the same token, analysts at Morgan Stanley are forecasting a similar v-shaped recovery for the overall economy. Excerpt:

The U.S. economy will come roaring back to life after the COVID-19 pandemic caused the deepest contraction of the post-World War II era, according to one Wall Street strategist. Stay-at-home orders aimed at slowing the spread of COVID-19 eliminated nonessential travel, bringing the U.S. economy to a grinding halt and causing a record 20.5 million job losses in April.

“We will see a V-shaped recovery for two reasons – the historic steepness of the decline in activity, and the unprecedented policy response,” wrote Michael Wilson, chief U.S. equity strategist at Morgan Stanley.

The U.S. economy contracted by a seasonally adjusted annualized rate of 4.8 percent in the three months through March, according to an advanced release from the Commerce Department. The major Wall Street banks all expect the economy to shrink by at least 30 percent in the second quarter of the year.

Another analyst at SEB correctly expects the U.S. and Canada to incur massive cuts in oil production that will ultimately help to re-balance global supply and demand for crude oil. Excerpt:

“It is clear that the extremely fast decline in supply of 3.5-4.5m bl/day in the U.S. and Canada has helped to balance the market,” Bjarne Schieldrop, chief commodities analyst at SEB, said in a note. This supply buffer of shut wells in the U.S. and Canada will dampen the oil rally until the buffer is exhausted, the analyst said.

“The decline has been much larger and faster than anyone had expected and is the result of widespread shutdown of oil wells. While on the one hand it has helped the market to balance, it also means 3.5-4.5 million barrels per day is standing ready to move quickly back into the market again once pipelines are unclogged and oil prices revive,” Schieldrop said.

The Oklahoma Corporation Commission took a cue from the Texas Railroad Commission and decided to do nothing to try to help the state’s struggling oil sector. Excerpt:

Oklahoma regulators heard more than five hours of testimony on Monday but no votes were taken on two proposals to aid struggling oil and natural gas producers, Kallanish Energy reports. The Oklahoma Corporation Commission did not set a date or a plan for any future decisions, Reuters reported. The three-member commission oversees oil and natural gas in Oklahoma.

One proposal from LPD Energy Co. LLC would have declared some oil production in Oklahoma to be waste. The trade group, Oklahoma Energy Producers Alliance, is also seeking mandated production cuts by the state to help stabilize energy prices.