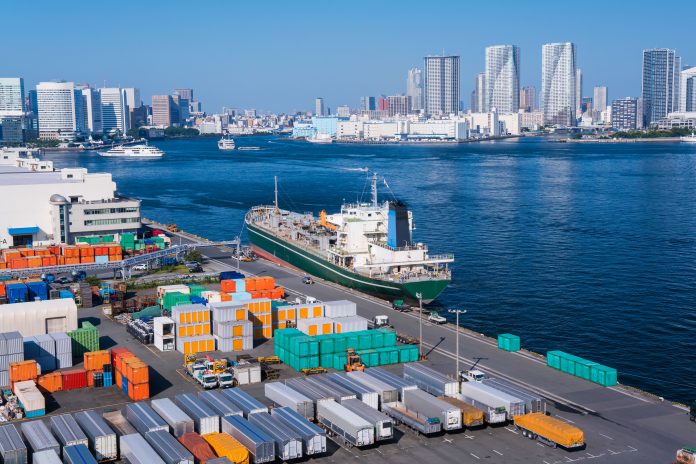 As a 50-million barrel bomb of Saudi-produced crude oil heads towards the United States aboard about 20 oil tanker ships, we now see reports of domestic oil refineries “at the breaking point,” having to store already-refined products that have no available market out at sea aboard ships.

How much sense does that make? If you said “it makes no sense at all,” you would be correct.

It is time for the Trump Administration to stop sitting on its hands and inform the Saudis that those 20 tankers filled with crude designed to further collapse an already-collapsing U.S. market will not be allowed to land at any U.S. port or refinery. The U.S. domestic oil industry either is a critical national security resource – as the Administration has often claimed – or it isn’t.

If a single barrel of this Saudi crude is allowed to land and be refined by any U.S.-based refinery, including the Saudi Aramco-owned Motiva Refinery, the answer will become crystal clear.

Forced to store fuel at sea, oil refiners at breaking point – The Houston Chronicle referred to above.

On to other stories:

Houston drilling rig operator Patterson-UTI is bracing for a 60 percent drop in oil-field activity as it lost nearly a half-billion dollars in a first quarter hammered by the coronavirus epidemic.

Some Oil Producers Have Secret Weapon in Hedging – A good piece here from the WSJ about the lucky producers who hedged most or all of their 2020 production at prices in the $50 per barrel range.

Layoffs, losses mount as oil industry braces for more – The headline is self-explanatory for this excellent piece by the  Houston Chronicle’s Sergio Chapa.

The Independent Petroleum Association of America wants the Fed to permit oil companies to use loans under the Main Street program to pay off existing debt coming due amid the crisis. In a letter to Powell, IPAA president Barry Russell said that change would provide a “bridge to recovery for businesses that would have otherwise been able to meet their debt obligations, were it not for the virus.” Administration officials have indicated they are receptive to changes. “We are working very closely together to ensure all the folks in the producing community have access to those types of loans, that type of liquidity,” Energy Secretary Dan Brouillette said during a Tuesday interview on Bloomberg Television.

Warren Buffett Is On The Lookout For Oil Industry Bargains – Well, he shouldn’t have any problem finding them right now.

Louisiana economy to recover slower than other states, economist says, because of oil’s decline – Excerpt:

PhD Economist Loren Scott, who operates his own economic guidance and consulting firm, sits on the task force and provided some “32,000 feet” metrics that, he hoped, would give the task force a sense of urgency.

“Louisiana’s recovery is going to be held back back the oil industry for awhile,” Scott explained, “due to an unfortunate decision.”

That decision was made by OPEC, a 20-nation conglomerate that operates international oil production. Member nations Russia and Saudi Arabia increased their production in a competition for demand, forcing downward pressure on supplies from other countries.

It drove the price of oil down so far that oil futures entered the negatives. Unlike other states that are also considered hot spots – such as New York, California, and Washington State – Louisiana is heavily reliant on the oil industry, Scott said.

A Funny Thing Is Happening to Europe’s Oil Producers as Prices Have Sputtered — They’re Rallying – Interesting story on the situation in Europe from Barron’s.

Traders made $286 million by betting against a popular oil ETF as prices plummeted – Excerpt:

Traders who bet against the United States Oil Fund, ticker USO, reaped millions of dollars as the exchange-traded fund plunged, dragged down by the slump in commodity prices.

From February 27 to April 21, USO short-sellers made $286 million in mark-to-market profits, a 110% return through Tuesday, according to a Tuesday note from Ihor Dusaniwsky, managing director of predictive analytics at S3 Partners.

That’s all for today. Have a good weekend.