In 1956, Hollywood released the classic film “Giant.” It was an adaptation of a novel by Edna Ferber, telling the story of “big oil” in Texas. It was loosely based on Ferber’s impressions of the iconic King Ranch (a ranch in Texas that is larger than the entire state of Rhode Island) and the flamboyant Texas wildcatter Glenn McCarthy, who built the iconic Shamrock Hotel in Houston. It starred the high-profile, box-office stars of that day — Rock Hudson, Elizabeth Taylor and James Dean. It was an appropriately “big” production, being shot in Marfa in the Big Bend area of West Texas.

“Giant” is a fitting title for Texas in many ways, but most especially when it comes to oil. America, in general, is blessed with all kinds of natural resources. But when it comes to oil and gas, there is no single state that is more important than Texas. The incredible part of the story, however, is that Texas abruptly became the most important state way back in 1901, when the Spindletop well in East Texas was first drilled — and yet, 118 years later, Texas is still the most important state.

The U.S. is now the number one producer in the world of both crude oil and natural gas. Just a few years ago, such a prediction would have been borderline crazy and certainly dismissed by all of the smart people in the room as nothing more than an impossible wish. The whiz kids of that day simply would have shaken their heads, smiled, and told their kids to keep playing with their vintage toy pump jack.

But then the shale revolution made a surprise entrance, and technology and human ingenuity figured out how to access previously inaccessible and uneconomic formations. Now, we have so much crude oil that we’ve become the top producer, and we have so much natural gas that we can’t build new pipelines or LNG-export facilities fast enough to sell it all.

Those are impressive statistics. Not only does the Permian Basin continue to dominate in oil and gas production, but it also is becoming home to more and more wind farms and solar farms. Texas already leads the U.S. in installed capacity of wind energy with 24.2 gigawatts and more than 13,000 wind turbines. Oklahoma and Iowa are next in line, but in distant second and third places with a little over 8 gigawatts. With all of its chest-thumping and virtue-signaling about climate change and renewables, California only has 6 gigawatts — how about a little less talking and a little more action?

When it comes to solar energy, Texas has about 3,000 megawatts in installed capacity, with almost one-third of that added in 2018. Another 8,000 megawatts is planned over the next five years. Interestingly, McCamey in Upton County was founded as an oil boom town in 1925 and then briefly became the “wind capital of Texas” in the 1990s with its wind farm on top of nearby King Mountain. Now, solar farms are being built all over Upton County, including Vistra Energy subsidiary Luminant claiming the largest solar farm in Texas, covering 1,900 acres with 718,000 solar panels — that’s a lot of window washing to keep the dust off.

In short, the Permian Basin has become a triple threat in energy — oil and gas, wind, and solar. Wind and solar have become, and will likely continue to be, important contributors of supplemental energy to the electricity grid in Texas. But oil and gas are still the primary energy sources, and there simply is no alternative energy source that is as abundant, cheap and powerful.

Not only is the Permian Basin the world’s top producing oilfield, but the Eagle Ford in South Texas is the second-highest producer. Texas produced 1.58 billion barrels of oil in 2018, which blew past the previous record set in 1973 with 300 million barrels. Together, the Permian Basin and the Eagle Ford are producing almost one-half of U.S. daily oil production. Of the 254 counties in Texas, 216 had some level of oil or gas production in 2018. Texas is unmistakably oil and gas country.

It has been a hot summer, and the Texas population continues to grow rapidly, so there’s increasing demand on the electricity grid for dependable, continuous and affordable energy. ERCOT reminded us that energy doesn’t just happen — it requires long-term planning and an acknowledgement of reality, rather than placing faith in green new deals. Natural gas is a dependable, cheap baseload energy source for power plants — wind and solar cannot play a similar role.

If you want to see what it might look like to move too far away from natural gas and become too dogmatically dependent on renewables, see New York. The state has banned hydraulic fracturing, rendering their share of the natural gas-rich Marcellus shale off limits and uneconomic. Area environmental protesters, with the blessing of New York’s state government, have effectively blocked construction of new natural gas pipelines. Not only does New York not want to produce its own gas, but it wants to keep gas coming from elsewhere from entering the state. The result: In 2018, New York had to buy natural gas from Russia to meet demand. New York’s major utility, Consolidated Edison, has had to impose a moratorium on accepting any new gas customers because they don’t have access to enough supply. That announcement has already resulted in planned real estate developments being postponed or canceled. Is anyone paying attention?

Over its history, the U.S. has been an incredible success story on energy, and Texas is the centerpiece of that story; and the Permian Basin is the crown jewel in that centerpiece. For most rational thinkers, having to buy gas from Russia in order to save the world from climate change is not utopian — it’s “udopian.”

About the author: Bill Keffer is a contributing columnist to SHALE Oil &amp; Gas Business

Magazine. He teaches at the Texas Tech University School of Law and continues to consult. He 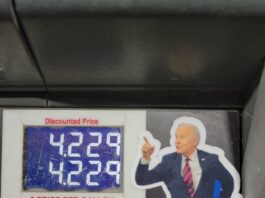 Riding the Wave – How Oil and Gas Deal Trends in...