This declaration comes from respected energy veteran David Sealock. His stellar career now includes the Chief Executive Officer position at Petroteq Energy, a bold oil producer that’s also an environmental innovator. Petroteq utilizes a revolutionary, cost-effective system that cleanly pulls high-grade oil from tar sands and heavy crude. In fact, Petroteq executives insist that food can be grown in sand and soil following their processing system. Petroteq is currently working their magic at a cutting-edge plant in the heart of Utah’s tar sands.

To prevent confusion, Petroteq wants everyone to know that their company does not mine tar sands in Canada and isn’t involved in disputes related to Canadian tar sands. Of course, the harvesting of Canadian tar sands is controversial because of the impact on the surrounding areas. Vast quantities of water and intense heat are used in Canada to separate petroleum from sand, clay and other material. That extraction technique creates heavy emissions and has left immense pools of industrial waste across Canada’s tar sands region.

Donald Clark, a Petroteq geologist, calls the Canadian tar sands landscape “an environmental nightmare. No one wants to see that anywhere.” 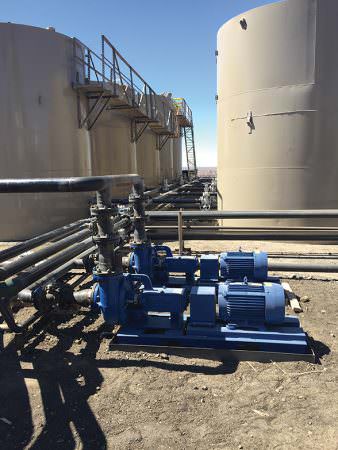 Bailey has a doctorate in chemical engineering and is a former President of Exxon’s Arabian Gulf operations. He states bluntly that the only thing the Utah and Canadian fields have in common is oil.  The Canadian tar sands are about 1,200 miles north of the deposits in Vernal, Utah, where Petroteq has its initial facility.

That distance is the difference between Canada’s damp, subarctic terrain and Utah’s desert conditions. Thus, there’s very little water in Utah’s tar sands. Water is also scarce at and around the Petroteq site.  So, it’s not possible for Petroteq’s Utah plant to use the Canadian method of flushing oil from the tar sands.

Fortunately, Petroteq’s water issues in Utah were solved with solvent. Company founders developed what Bailey calls “the secret sauce,” which is a chemical brew that liberates virtually all petroleum in the tar sands.

Petroteq fiercely guards that formula. Petroteq was launched by close friends from Ukraine, Aleksandr Blyumkin and Vladimir Podlipskiy. Blyumkin ran a fuel distribution company, while Podlipskiy was a chemist for a tar sands company in Russia. Podlipskiy is also Petroteq’s Chief Technology Officer. The two men were drawn to Utah’s vast tar sands, which have the potential for 13 billion barrels of oil, according to the Utah Geological Survey.

Bailey has said the company’s system is “crazily simplistic.” At a recent press event, company officials laid out the stages for getting commercial grade oil from rugged material that’s regularly used to pave roads. 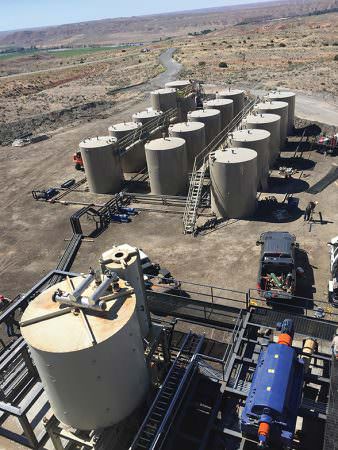 It starts in Utah with digging up the raw material — petroleum-laden asphalt. In fact, the substance is so abundant there resulting in the Utah location being called “Asphalt Ridge.” Petroteq notes that their mining will cause limited disturbance to the landscape because the asphalt is concentrated in robust 50-foot seams close to the surface. Petroteq spent $10 million for the rights to mine asphalt on 2,230 acres owned by ranchers and pays a seven percent royalty on production — dramatically less than mining on public land.

Once asphalt is out of the ground, machinery crushes it to roughly three quarter-inch chunks. Those pieces are then put in a vertical tank with three horizontal propellers. The company’s solvent is added, and everything in the tank is spun by the propellers.

“It is like a cyclone,” Podlipskiy says. He added that it was a challenge finding the right alloy for the propellers, to keep churning sand from eroding the tank’s blades too quickly.

“Because everything is a consistent size, it goes through the conveyor belts, it goes through the pumps and the centrifuges a lot easier,“ Clark explained. “Most importantly, with all that surface area, you have a more complete extraction and the time in the mixing tank can be a bit less.”

Solids fall out of the mixture in the tank, and the liquid is run through a heated separation column. As a result, solvents become vapor, which is captured, condensed and run back through the process with fresh asphalt. Oil is piped out. Meanwhile, sand emerges dry from the tank, scrubbed almost entirely of hydrocarbons and solvents. That clean sand is safely returned to the mine pit, without risk of soil contamination.

Petroteq’s Utah leases are estimated to hold 86 million barrels of oil, or enough to yield thousands of barrels per day over a generation.  “When you look at the resource we have in this area, it is tremendous,’’ Sealock says. “We have enough oil here to produce 10,000 barrels per day for over 25 years.’’ Each ton of the Utah asphalt yields 0.62 barrel, or 26 gallons of oil, according to Sealock.

Petroteq’s break-even production cost is about $30 a barrel. By contrast, oil-sand production in Canada breaks even at $65 to $75 a barrel, according to Kevin Birn, an analyst at IHS Markit. Petroteq notes that its tar sands require less processing than Canada’s sands, bringing costs down. 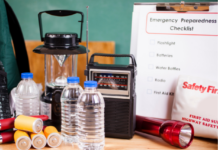 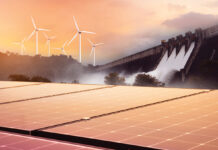