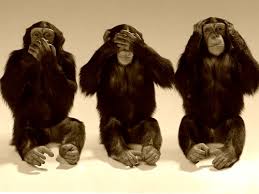 On Monday, IEA head Fatih Birol the EU Parliament’s Energy and Environment Committee that “It is inaccurate and unfair to explain these high energy prices as a result of clean energy transition policies. This is wrong.”

This is, of course, utter and complete nonsense. Of course the “clean energy transition policies” bear responsibility for this run-up in energy prices. Every new regulation, no matter how noble-minded, has a cost, and the “energy transition” has already demanded wave after wave of new regulation on fossil fuels. Claiming otherwise is simply absurd.

Of course, it’s not just the policies of the transition at play here. The ESG-related demands of the investor community, which have robbed fossil fuel producers of access to capital overall and demanded that they shift big portions of their capital budgets over to “green” energy initiatives, have also played a major role in driving up fossil fuel prices.

Wood MacKenzie and Rystad Energy have both issued recent studies quantifying that he world has seen an enormous under-investment in capital spent to find and prove new reserves of oil and gas in recent years. This deficit is now too large to overcome and is already resulting in global demand for oil and gas exceeding existing supplies, resulting in a real energy crisis in Europe that will inevitably spread to the rest of the world.

Along those same lines, last week we saw the Federal Energy Regulatory Commission (FERC) issue a report claiming that the almost complete failure of wind and solar to deliver power on the Texas electric grid managed by ERCOT has nothing at all to do with the massive blackouts during Winter Storm Uri in February.

Again, this is utter and complete nonsense. Of course, wind and solar’s abject failures played a role, and a big one, in those blackouts. Here’s what the Editorial Board at the Wall Street Journal had to say about FERC’s absurd report:

According to the report, gas plants accounted for 55% of the power-plant capacity that failed during the freeze compared to 22% for wind, 18% for coal and 1% for solar. But actual power generation in Texas increased 400% for gas and 25% for coal in the week before the power outage. Solar and wind power fell 80% and 55%, respectively.

The solar industry hilariously tooted that solar “performed as expected during the February 2021 Texas blackout” and is a “predictable, reliable and affordable clean energy source.” Solar performed the worst of any source and produced less than 1% of state power during the freeze. But hey, regulators expect solar to be predictably unreliable.

FERC recommends weatherizing power plants, but the costs will be hard to absorb for fossil-fuel generators that run at very low levels except when they’re needed to back up green energy.

Here is the fundamental problem: Hefty subsidies allow renewable producers to pay to offload their power in competitive wholesale markets and still make a profit. This erodes the economics of baseload power generators and makes the grid less reliable. All of this is worth keeping in mind as Democrats pour more subsidies into green energy and attempt to regulate fossil fuels to death.

Every point made by the WSJ’s editorial board is a point that I and others have made here at Shale Magazine and that Kym Bolado and I have discussed on In the Oil Patch Radio since February. Everyone at ERCOT, the PUC, the Texas Legislature and in the Abbott Administration understands that the Texas grid suffers from a major dearth of needed investment in additional baseload power, i.e., power provided by coal, nuclear and natural gas, and has a vast over-supply of intermittent, unreliable power sources, i.e., wind and solar. These are well-known, well-established facts that FERC’s commissioners simply ignored in keeping with their vow of silence – Omerta – against making any negative utterances about wind and solar.

All these realities and more are why the Brent crude price briefly topped $80 per barrel and the NYMEX natural gas price rose above $6.00 per Mmbtu for the first time in a dozen years Monday morning. They’re why Goldman Sachs raised its crude price projection to $90 by the end of 2021 and why many analysts are projecting natural gas prices north of $10 per Mmbtu over the coming winter. Those rising costs for fossil fuels have everything to do with the policies and politics and false expectations of the energy transition and claims to the contrary are nonsense.

For Birol, the Biden Administration and most of the news media to insist on maintaining the pretense that none of this has anything to do with the failure of wind and solar and other “green” energy providers to deliver on their fantasy-based promises is utterly absurd. It is a pretense that simply must end of the world is to avoid an energy crisis of unprecedented magnitude in the coming few years.

After all, if you refuse to accurately identify the problem, you can never fix it. 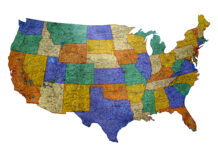