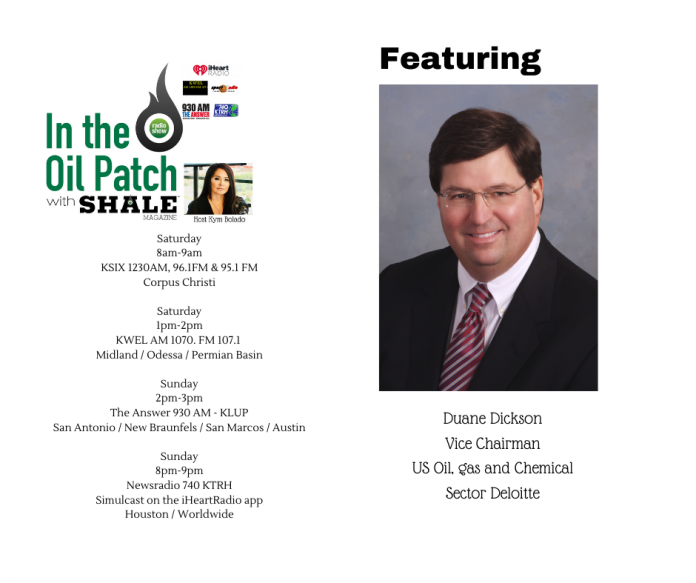 Duane Dickson: I’m going to give you the sort of wishy-washy answer that I expect to do both. So, I think we’re going to have a lower demand for fuel and lower fuel dependency. That’s going to have two reactions. One, probably prices are going to be attractive, which could stimulate more fuel demand and could mean that people who are a little more concerned about getting in an Uber or concerned about getting on public transportation decide to buy a car. It’s got an internal combustion engine, which is probably really a fiction because the industry is really focused a lot on efficiency. But we also see renewables as a good business case for those who are investing in them. They produce pretty stable returns, you know, with the raw material being the sun or the wind. Those could continue on, but they’re not going to be spurred on by high energy prices. They’re going to be spurred on by returns on their own. So, they’re going to have to get down their own cost curve, and those technologies are going to have to do better.

But I think the biggest change is the whole industry will have a lot to do with the oil majors. Everybody will have a lot to do with the biggest change, which is just going to be greater systemic efficiency. If the pandemic didn’t teach us anything, it taught us that we need transparency about what’s out there, what we can harness as resources and what we can see and what we can use, because if this thing had been protracted and more serious some of the shortages that we were starting to experience could have been really significant. Everybody plays a role in that. The fuel industry plays a role, renewables providing electrical resources would play a role in that, everybody would play a role.

The only other thing I would say is if we look at demand and how demand works, longer term in the energy transition, electricity has a lot more to do with what’s going on in the energy transition than fuels. We really think about things like conversion to natural gas or conversion to renewable sources for electricity, the concept that one day electricity could be free or sort of essentially free. You start to think those are different types of possibilities, and that’s where the systemic efficiency kind of comes into play. So, I’m anxious to see what we’ve learned about the system and if we can make it more efficient. And if that’s the case, we could see that acceleration. But I think overall, it’s probably going to move at about the same pace. Everybody cares just as much as they did about sustainability and carbon footprint. It’s just not front and center as the number one priority right now, because people are trying to survive and get through this.

To hear the remainer of the braodcast and to hear other broadcasts click here.