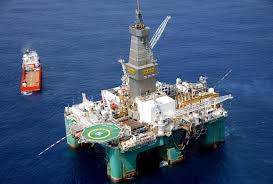 At a campaign event on Tuesday, President Donald Trump signed an extension of the moratoria banning drilling off the coasts of Florida, South Carolina and Georgia. Unnamed “Industry officials” quoted by Politico claimed to have been caught off guard by the President’s move, but in reality it was something they all should have known would be coming.

All three of these states have GOP governors, all of whom have spoken out against drilling off of their coastlines since being elected to office. Every Republican governor of Florida has adamantly opposed drilling in the Eastern Gulf of Mexico since the first term of Jeb Bush in the late 1990s. Big majorities of the populations in these states always opposed such drilling whenever they are polled.

Of course, it’s not a case of their being opposed to oil and gas as a general proposition: It’s just that they don’t want it happening in their own backyard. As Georgia Gov. Brian Kemp said in 2018: “I support offshore drilling. I just don’t think we need to be doing it off the coast of Georgia.”

Classic NIMBYism that we normally see from activists on the environmental left.

Some in the media are trying to portray this move as the President abandoning an industry he has strongly supported throughout his first term in office, but that is not what this is at all. The issue over drilling offshore in these and other areas of the Lower 48 states has been a political football for 30 years now, since Poppy Bush put his infamous moratorium in place in 1990.

All that’s happening here is President Trump keeping that football up in the air during a presidential election year, and as a means of supporting three Republican governors. Anyone who is truly surprised by it just doesn’t understand politics.

Erin Douglas reports in the Houston Chronicle today that Enterprise Products is cancelling its plans to build a 450,000 barrel per day oil pipeline from Midland to Houston. The report attributes the cancellation due to the impacts of COVID-19, and that is at least partially true.

But of course, the other likely reason why this project is being cancelled is that we now has a growing surplus of pipeline capacity to bring Permian crude to Gulf Coast markets and refineries, the result of billions of dollars in investments in new pipelines made over the last three years. This rapid buildout has relieved what had been a very large deficit in capacity as recently as 2018, and is a tribute both to the midstream sector of the industry as well as the public policies in place in Texas that accommodate such a rapid development of critical transportation infrastructure.

This could have never been achieved in states like California, Colorado or even Wyoming due to the state and federal public policies that impact and limit the industry in those states.

Energy Secretary Dan Brouilette said on Wednesday that Hurricane Laura caused significant damage at one of the major storage sites for the U.S. Strategic Petroleum Reserve. The sit at West Hackberry, Louisiana has the capacity to hold about 8.2. billion gallons of crude in 21 underground salt caverns. The Secretary said that the damages would be quickly repaired and would not create any shortages of U.S. fuel supply.

Brouilette also said that Hurricane Laura had caused severe damage to more than 1,000 power transmission lines. “These are very, very difficult things to replace,” he said.

API says that the Biden/Harris plan to ban new drilling on any federal lands or waters will cost up to 1 million jobs by 2022 and cause carbon emissions to increase. As reported by the Washington Examiner, API’s study, prepared by the energy consulting firm OnLocation, finds a federal drilling ban would cause U.S. GDP to fall by a cumulative $700 billion through 2030. U.S. oil imports would increase by 2 million barrels a day, while natural gas exports, which have boomed during the Trump administration, could decrease by 800 billion cubic feet in a decade.