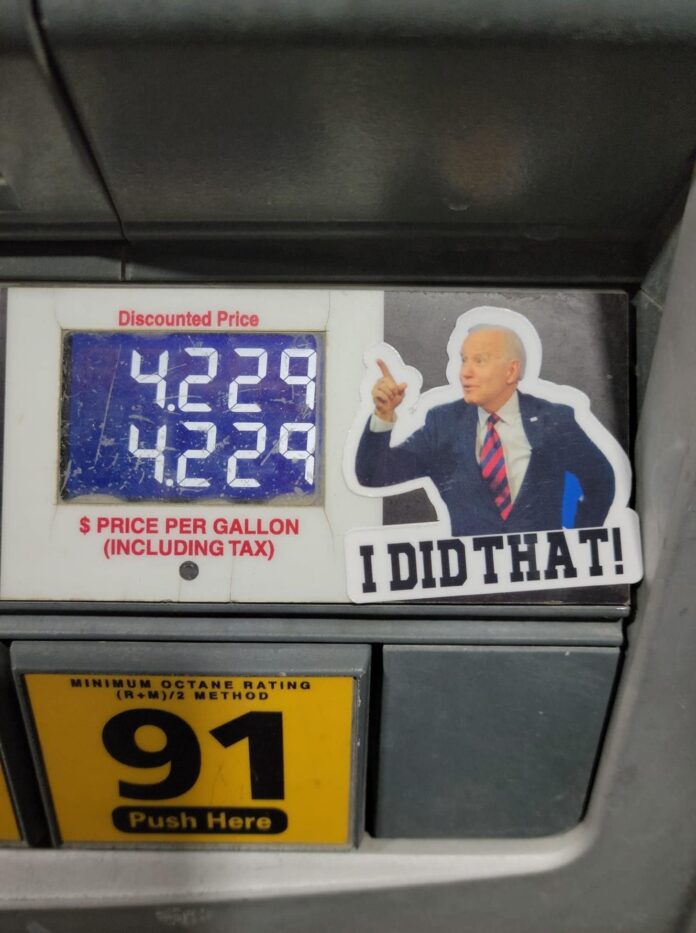 President Biden has widely touted his gas tax holiday as a way to alleviate the pain Americans are feeling at the pump. The President says he commiserates with the average household struggling with inflation, and higher prices on commodities in particular. With the proposed gas tax holiday, Biden is promising far more than he has the power to deliver, setting up false hopes for real families, really struggling.

We’ll take a closer look at the proposed gas tax holiday, key takeaways from the G7, and the royal snub oil company execs received when they were summoned to the White House to discuss the future of energy

How Much Will the Gas Tax Holiday Save Americans?
A White House fact sheet celebrates that the gas tax holiday would result in an 18-cent tax per gallon for gasoline and the 24-cent tax per gallon for diesel fuel for three months. The Federal gas tax is used to fund the Highway Trust Fund, which supports Federal spending for highways and mass transit. Three months of a holiday will remove a significant portion of yearly funding for this crucial program for the nation’s aging highways.

An 18-cent per tax gallon reduction truly is a drop in the proverbial bucket. KBB reports the national average for filling up is around $164 per month. At $5 per gallon, that’s 32.8 gallons per month for most Americans. Biden’s 18-cent per gallon reduction provides the average household with a whopping $5.90 per month—which, I’ll admit, is enough for at least a few items from the McDonald’s Dollar Menu.

Oil Executives Snubbed by Biden at Requested WH Meeting
Just last week, a group of oil executives was set to meet with Biden regarding the current state of oil and gas, the Green Energy Initiative, and support for a smooth transition going forward.

Biden missed this meeting, opting instead to meet with renewable energy players. Top oil executives were passed off to Biden’s Energy Secretary, Jennifer Granholm. Oil executives, including Chevron CEO Mike Wirth, were notably off-put and left the meeting with a directive for the Administration for a “tone shift” to stop blaming the oil companies for increased prices at the pump.

World Events Shaping Energy Policy
One of the biggest pieces of news coming out of the G7 meeting was the idea of endorsing a price cap on Russian oil. In theory, this provides a price benefit to buyers while restricting Putin’s profits, in an attempt to punish the Russian leader for the ongoing war in Ukraine.

The cap is intended to keep Russian profits lower, continue to maintain a secure supply, while also putting downward pressure on oil prices—a tall order indeed. Details are still very much in flux as of the publication of this article.

At the NATO Summit in Madrid, Biden’s “Energy Whisperer”, Senior Advisor Amos Hochstein, extolled the virtues of the President’s recent trip to Saudi Arabia. Biden’s team wants to paint the trip as forward-thinking rather than a result of a slew of energy policy missteps such as the canceled Keystone pipeline or pausing Federal oil and gas leases.

The goal would be to have sufficient, secure supply for the market during a time of conflict, sweeping Biden’s highly-superficial release from the Strategic Petroleum Reserve under the rug. Saudi Arabia did agree to start increasing supplies in slow increments which Hochstein praised as “real progress”.

Where We Go From Here
Hochstein made a point in his interview to emphasize that Biden was very focused on reducing prices, especially given increased demand in the months ahead. Hochstein claimed that Biden can reduce prices to as much as 50 cents between federal and state partnerships. Referencing a recent meeting with Biden, Hochstein said the President was eager to see the 50 cent reduction in time for American families in summertime.

All of this posturing may, in fact, be for nought as it completely depends on what Congress decides and if states play ball to enact a holiday within their borders—a far cry from Biden’s promise that the gas tax holiday will bring relief to American’s pain at the pump.