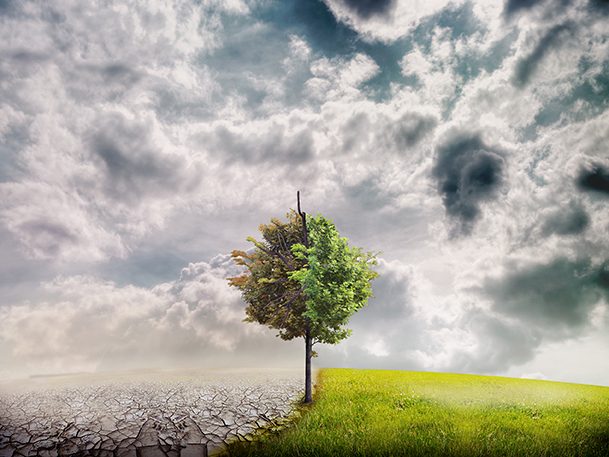 Finding themselves at the heart of the Banking on Climate Chaos 2021 Fossil Fuel Finance Report 2021, controversial conclusions were drawn on the working relationship between the banking and fossil fuel industries. With the current and intensified animosity towards both sectors, neither fared well in the published analysis.

Authored by Rainforest Action Network, BankTrack, Indigenous Environmental Network, Oilchange International, Reclaim Finance, and the Sierra Club, the report indicates 60 of the globe’s largest banks were surveyed and found to have allocated $3.8 trillion to the fossil fuel industry between 2016 and 2020. While fossil fuel financing saw a 9% decline due to the global pandemic, the year 2020 still experienced higher levels in comparison to 2016 after the Paris Agreement was enacted. Indicating the financing of fossil fuel projects is heading in the incorrect direction, meaning levels are rising, the report vantage point finds fault in this scenario.

While the oil and gas industry found itself at the center of the recent presidential race and remains first in line for scrutiny and attack, this recent report not only takes aim at the banking industry for conducting business with oil and gas companies, but it furthers the opposition with singling out specific players.

JPMorgan Chase was designated as number one, being the very worst to be in bed with oil and gas, with Citi following close behind. Wells Fargo, Bank of America, RBC and MUFG additionally were named to the list. Furthering the report’s dousing of shame, JPMorgan Chase, Citi and Bank of America were discovered to have furthered funding for some of the largest expansion companies even though they publicized support of the Paris Agreement, which the United States departed from under President Trump.

According to the Banking on Climate Chaos report, the Paris Agreement seems to have fallen short of its fossil fuel annihilation goal. Disappointment has been wagered that after five years since the agreement’s birth, fossil-fuel funding is reportedly higher when the climate crisis argument should have resulted in more favorable results. Furthermore, with the devastating effects of the COVID-19 crisis and a 7% decline in fossil-fuel funding for 2020, the report indicated disappointing results with funding still being higher than in 2016.

Drawing conclusions, the analysis yielded both positive and negative theories. After running the gauntlet through the global pandemic, it is speculated that oil consumption may never return to prior levels. Considering the opposite end of the spectrum, however, fear is expressed in rationalizing the fact that even after the pandemic, reduction of fossil fuels is nowhere close to the desired mark by those who provided the report itself. Combatting the current route taken by fossil fuel production, the report opinion mandates an annual drop mirroring 2020 to take place over the next decade.

In order to meet goals, the report describes a more managed and regulated approach. A suggested route includes the banking industry rising up and drafting regulations and policies that result in the same declines found in 2020. Vehemently showing disdain for the financing activity in 2020, the report calls for eradication of any possible short-term profit by banks and to keep their commitment to the climate crisis argument front and center. Simply stated, the report authors are pushing for decreased funding of fossil fuel projects by the banking industry.

There has never been a better example of the term, don’t bite the hand that feeds you. The authors of the report are quick to vilify the banking industry because of its business dealings with the fossil fuel industry. JPMorgan Chase took the biggest lashing, which one would think left them slighted and betrayed. While ranking number one on the report list, JPMorgan Chase conducts business on the renewable energy side as well.

According to their website, JPMorgan Chase conducted $55 billion in green-initiative transactions. Bloom Energy Corporation produced efficient generators that are responsible for both lower electricity costs and reduced emissions. This was due to the $230 million raised by the banking empire. The largest wind farm was developed by ALLETE Clean Energy and produces renewable energy for 114,000 homes, all due to financing provided by JPMorgan Chase.

According to Yahoo Finance, Wells Fargo has also contributed to the renewables sector by investing in over 500 projects as of February 2021. This was a 12% finance stake in domestic solar and wind capacity.

Citi has made a contribution of its own to green energy and reducing the carbon footprint. In the article, “Citi’s Commitment to Net Zero By 2050,” Jane Fraser, CEO, acknowledged the climate crisis. She wrote that Citi facilitated $164 billion in low carbon solution projects between 2014 and 2019. They upped the ante with a commitment of $250 billion of environmental projects by 2025.

The list remains long and distinguished. In relation to their size and financial rating, the banking industry is available on the green-energy front.

The simple factor to consider is it takes money to make money. In investment discussions and even through the educational process of Academia, we are taught the importance of a diversified portfolio. Consider one’s personal investments. Allocating all of your capital to one investment typically does not rank high on the suggestion scale of financial planners and investment brokers.

Banking institutions are no different in their own financial survival. While the renewable energy sector is highly important and growing in worth, the banking industry cannot rely on this one basket of eggs. Pulling out of fossil fuel investments would drastically impact their own portfolios and, in the long run, decrease their ability to fund wind and solar projects as well as those of carbon storage.

The hard truth that many climate crisis crusaders want to avoid is that the fossil fuel industry is a staple of the economy, like it or not. No, it is not without problems and is far from perfect, but it is a pillar of the economy and, therefore, society. Those projects financed by the banks drive an economy that must remain strong.

Total deviation and abolishment of fossil fuel financing would leave the banking industry vulnerable and with little operating power to provide for wind and solar projects. Total reliability cannot be had by any one industry. A well-balanced and financially stable portfolio is a necessity. In this same light, fossil fuels are a large part of the banking portfolio.

Let the Banks be Banks

In a world populated with highly intelligent minds that have the gifts to make it a better place, it is largely fueled by emotion. The desire to improve and preserve life is noble and necessary. Great thinkers have paved the way in innovation in response to problems discovered. It is essential to remember that a variety of roles all contribute to the world we live in.

Capitalism and a free market are cornerstones of our society. We can dare to change the world, respond to social injustice and right wrongs, but impeding legal business is not a fit. It is not the business of the banking industry to regulate the fossil fuel industry. It should be changed through free thought and innovation. Any aspect of endangerment should be regulated through the government.

A well-suited example of this thought process involves the auto industry. When emission regulations came to pass, they were defined and regulated by the government. The auto manufacturers were tasked with engineering vehicles that met the established standards. The banking industry did not step in and refuse financing of new car purchases.

The same process should apply to fossil fuel, renewables and the climate crisis argument. Discussions amongst great thinkers, innovation in technology, and a mandate of teamwork must prevail if any success is to be had.

Ironically, the fossil-fuel industry has made great strides but never receives recognition. Instead, it is always painted with a brush of negativity and disdain. Organizations, however, like ONE Future are composed of oil and gas players who have committed resources and collaboration to lowering emissions, not due to government mandate, but for the desire to better the environment and set a standard of their own.

Carbon reduction is already a large portion of the fossil fuel industry. Storage projects are underway. While the industry does not specifically name careers in that wording, reducing the carbon footprint is a large part of industrial hygiene careers within oil and gas. The latest technology is provided on the university level for wellsite consultant positions. Efficiency is also a large part of the curriculum.

Moving ahead and discovering new ways to be both profitable and environmentally responsible are essential in the future of this planet. One cannot exist without the other, and until that notion is accepted by all, little progress will be made. A happy balance must be had. The future is bright, and no one knows for sure what it will bring. It is quite difficult to imagine a future existence without a dependence of any size on fossil fuels, but if it is to happen, it will not be overnight and all at once. So with that, an attempt to kill it off with one shot of banking finance reduction will only negatively impact the development of the green energy world so many desire. From where this writer hails, that is known as cutting off your nose to spite your face.

About the author: Nick Vaccaro is a freelance writer and photographer. Besides providing technical writing services, he is an HSE consultant in the oil and gas industry with eight years of experience. He also contributes to Louisiana Sportsman Magazine and follows and photographs American Kennel Club field and herding trials. Nick has a BA in Photojournalism from Loyola University and resides in the New Orleans area. 210-240-7188
[email protected]