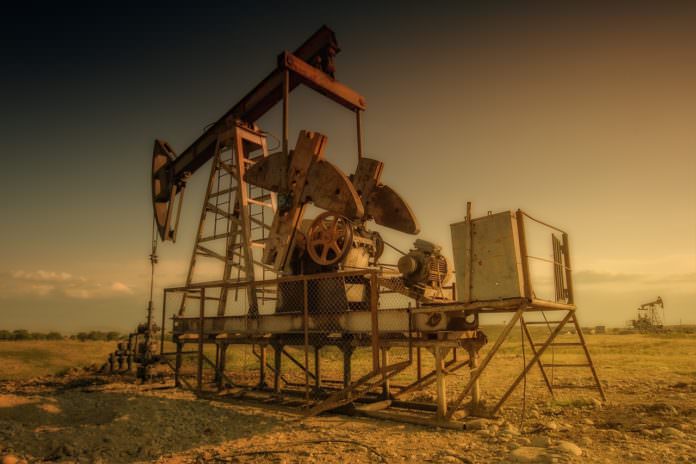 As it becomes increasingly obvious with each passing day that the U.S oil and gas industry is heading into a bust of possibly unprecedented proportions, the time may have arrived for the federal government to step in to protect one of the country’s most vital business sectors. They can do this with an oil import fee.

Due to early efforts by the Chinese government to hide the problem, there was nothing anyone could have done to prevent the spread of the coronavirus from destroying demand for crude oil in China and the rest of the world, and the impacts on crude prices that resulted. But the overt attack on the domestic oil industry by the world’s second and third-largest producing nations – Russia and Saudi Arabia – is unprecedented in its audacity. Russia’s oil minister openly admitted his desire to harm the American shale business. Saudi Aramco brags about its plan to dump its own cheap oil into American refineries in order to drive down prices.

The impacts from this attack will harm not just the companies engaged in the business, but millions of working Americans. It will throw thousands of small businesses who rely on the industry into bankruptcy.

It is an attack on oil producing states, some of whose budgets will be thrown into a deficit due to lack of oil and gas-related revenues. This includes states like New Mexico, North Dakota, Wyoming, Alaska, Louisiana and yes, Texas.

It is an assault on counties, schools and other local taxing districts who rely in energy-related tax collections to fund their infrastructure and programs.

This attack by the Saudis and Russians is an assault on U.S. national security, which has been so enhanced in recent years as our reliance on oil import fees has faded. This listing could go on and on.

I have never been a fan of federal intervention into the oil and gas business. As Ronald Reagan famously said: “The nine most dangerous words in the English language are ‘I’m from the government and I’m here to help.'”

An intervention by the feds to “help” any business or business sector invariably comes with a price to be paid at some point down the road. Because of this reality and other factors, I have always been opposed to previous efforts by independent producers to advocate for an import fee designed to set a floor price for crude oil in the U.S. It always seemed to me that the eventual consequences in terms of fees, regulations or what a new administration from another political party might do with the thing outweighed any potential short-term benefits. You have to be careful what you ask for when the government is involved.

But this time is different. Here’s why:

Unlike past oil busts, this one is taking place in the context of what is almost certain to become a major economic recession, not just in the U.S., but globally. As a result, the government is already planning to assist and bail out other key industries and businesses like the airlines and Boeing. Why should oil and gas be left out of the mix?

The problem here, though, is that the typical low-interest loan solution the government is considering for those other business sectors would not really accomplish the goals of preserving our national security interests abroad and keeping the industry vibrant at home. Nor would it do anything to support the price-sensitive state and local tax collections. An import fee, on the other hand, would support all those goals.

This bust is different from previous busts in its scope and scale, in part due to the multi-faceted nature of the threat to the industry, and in part because the industry is so much larger today than it was in 1985 or 1999 or 2014. The bust this time is global in scope and massive in scale in a completely unprecedented way.

low interest loans and grants are a drain on the federal treasury, which congress and the administration are already in the process of draining on an unprecedented scale. Simply put, the federal government is going to be in need of a new source of income, a source that could be derived from significant tariffs on every barrel of imported oil.

According to the U.S. Energy Information Administration (EIA), the U.S. imported a little more than 284 million barrels of oil from foreign sources during the month of December, the most current month for which data is available. As of this writing, a barrel of West Texas Intermediate was priced at $22.

Were the Trump Administration to enact tariffs on imported oil designed to establish a floor price in the U.S. of $55 per barrel, that tariff would amount to $33 per barrel. Applying that model to December’s volumes, the government would have collected roughly $9.4 billion, which amounts to about $113 billion over the course of one year.

That wouldn’t fund the looming stimulus package congress is considering, but it isn’t exactly pocket change, either.

The other key objective this would achieve would be to deny the Saudis and Russians their goal of destroying the U.S. shale industry, the industry that has enabled the U.S. to become the largest oil producing country on earth. Seeing that goal become a failure might encourage both hostile nations to reconsider their rash attack and become more rational actors on the global stage.

For these reasons, and because President Trump has already demonstrated that he is not shy about using tariff policy to influence the actions of other countries around the world, it seems to me that, in this current crisis, the time for the President to consider implementing an oil import fee has finally arrived.