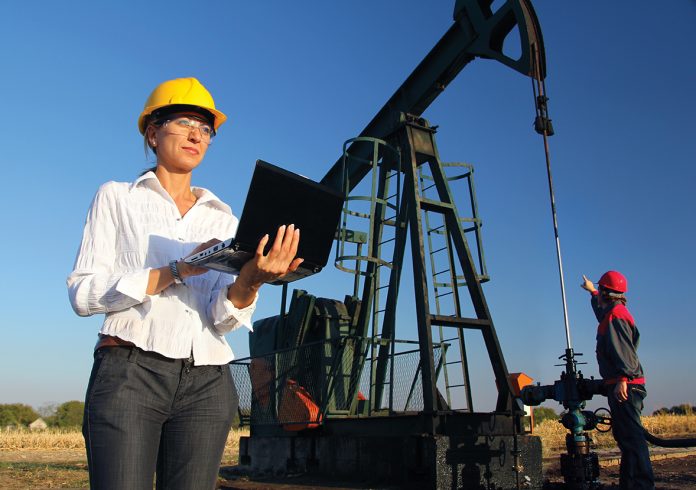 From the Spindletop to the shale revolution, the major historical accomplishments of our industry are well known. And while oil and gas currently lags behind in hiring and promoting women in oild and gas — who are only 15% of the workforce — there are several little-known women who made their mark on the industry.

Take the world-famous “Nellie Bly.” Elizabeth Jane Cochran Seaman was well known for her investigative newspaper reporting under that pseudonym. But she also patented the first practical, leak-proof 55-gallon oil drum in 1905, and her Iron Clad Manufacturing Company produced 1,000 steel barrels daily until the start of WWI.

Reba Masterson became the first female petroleum geologist after obtaining her degree at The University of Colorado in 1916. Given a love of the industry and its wildcat nature from her father, Masterson spent her formative years chasing down leases in Texas and Colorado. Landowners and investors at the time were hungry for scientific opinions, and Masterson eventually worked her way through Kansas, Illinois, West Virginia, Pennsylvania and Kentucky. At the time of her death in 1969, she owned oil and gas properties in 20 Texas counties.

In California, where Los Angeles was a boomtown from the late 1800s to the 1930s, piano teacher Emma Summers invested $700 of her savings for half-interest in a well close by her house in 1883. She ran into drilling problems, borrowed another $1,800, and sat by the well each night for weeks. Eventually, the well came in, and she borrowed money to buy stakes in several other wells.

Summers educated herself on how oil equipment worked and on how to sell oil. She soon became a one-stop shop for hotels, factories, railroads and the Pacific Light and Power Company. Her business both produced the oil and refined it: taking the thick, viscous oil (known as brea) and using boilers heated it and drained off the sediment. She also had 40 horses and 10 wagons that she used to deliver oil to customers. By 1900, Summer had 14 wells that were producing 50,000 barrels a month, and she became known as the Oil Queen of California.

Women trailblazers were also present onshore in the Gulf of Mexico after WWII. Women gained skills in factories and shipyards during the war, and they used those skills to seek employment in the industry. Women worked everywhere, from clerical and office work to heading up small businesses supporting onshore offices.

Beginning in the 1970s, they also began to work jobs on rigs and platforms. Karen Gray began working offshore of Louisiana in 1981. The company had to build separate quarters for women, and Gray was hired as a maintenance specialist on an Exxon rig. My great aunt Faye Newsom was one of these women, working as a roughneck for Amoco Oil Company for many years.

In the 1960s, when the 800-mile trans-Alaska pipeline was being constructed, women were encouraged to break gender barriers after President Lyndon Johnson signed an executive order that required affirmative action hiring practices among federal contractors. Some unions at the time were also recruiting female members. As a result, the North Slope saw women become expeditors and pilots, work in construction and security, and eventually as pipefitters, truck drivers and roughnecks.

There are many other women in oil and gas who have achieved “firsts” in their field, from Abigail Ross Hopper, the first female director of the U.S. Bureau of Ocean Energy Management to Vicki Hollub, the first woman to head a major U.S. oil company. Women continue to make important contributions to the industry and based on this history, we can expect that trend to continue.

About the author: Leslie Beyer is President of the Petroleum Equipment & Services Association (PESA) in Houston. In this role, Beyer leads strategic and operational development of PESA’s programs, expansion and execution of its mission in support of oilfield services and equipment organizations. Highlights of Beyer’s career include 15 years in Washington, D.C. serving in the U.S. Senate, multiple presidential campaigns, the White House – Executive Office of the President, U.S. State Department and U.S. Department of Housing and Urban Development.

Beyer holds a BA in Latin American Studies and Spanish from the University of Texas at Austin. She serves on the World Affairs Council of Greater Houston, IPAA/PESA Education Advisory Board and the World Petroleum Congress 2020 Committee.