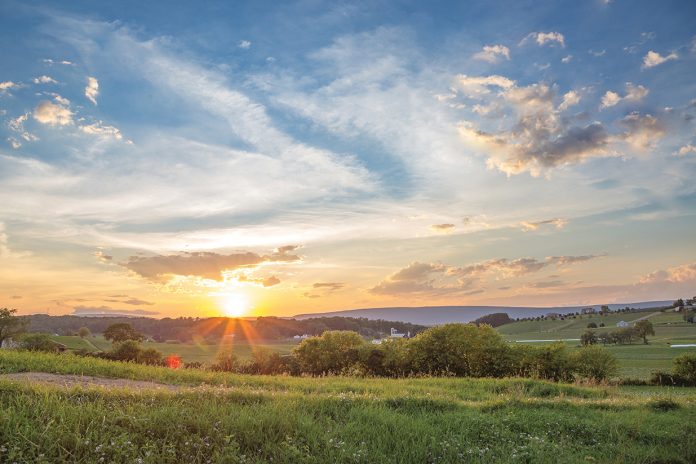 Pennsylvania Governor Tom Wolf, during his first term, put on as much of a happy face as the man could muster with respect to natural gas, knowing so much of the Keystone State economy depended on it. Reelection in 2018, though, freed Wolf to be the man he really is; the man who spoke at a Democracy Alliance #Resistance confab in California in 2017. Thinking it was all relatively secret, he talked about how to advance the policies of this outfit. Democracy Alliance had funded Citizen Action of New York, one of the key organizers of anti-fracking efforts in the Empire State, but Tom Wolf wanted in.

Yes, and now that Tom Wolf is free, he’s committed Pennsylvania to follow New York’s lead on several matters. These have included his decision, on his own, to put the Commonwealth into the Regional Greenhouse Gas Initiative (RGGI), of which the member states have accomplished only but half of what Pennsylvania has done in reducing carbon emissions. But, they have managed to raise their electricity prices in inverse proportion, which counts as an accomplishment in the green world of renewables rent-seeking schemes.

Consider, for example, a few basic facts. RGGI states (New York, New England and friends) reduced their CO2 emissions associated with electric power generation by 17% between 2010 and 2016. It sounds good until you realize the Keystone State reduced its CO2 emissions by 32%, thanks to the shale revolution and natural gas being substituted for coal in generating power.

Moreover, Pennsylvania was the largest net exporter of electricity in the United States from 2013-17, according to the U.S. Energy Information Administration. This means the Commonwealth has been supplying the lower CO2 power on which many of the RGGI states depend. It’s also less expensive power. RGGI states produce power too, but Pennsylvania electricity rates are 51% lower. Yet, Tom Wolf wants his state to join the losing side.

Fortunately, he doesn’t seem to be getting away with it, at least not yet. A bi-partisan group of Pennsylvania legislators has strongly opposed his attempt at green political correctness and the Pennsylvania House Environmental Resources and Energy has just reported out a bill that would prevent Tom Wolf from imposing carbon emissions taxes without their approval, which is what RGGI executive action is all about.

RGGI, though, is just the latest attempt by Tom Wolf to bully the natural gas industry with his never-ending burnishing of his green credentials. He’s also attempted, so many times most of us have lost count, to enact what is in effect a second severance tax on natural gas production. He’s changed the nature, the size and the beneficiaries of the tax repeatedly in futile efforts to impose such a tax, falsely claiming Pennsylvania is the only major gas-producing state without one.

But, of course, Pennsylvania does have a severance tax in the form of a Marcellus Shale Impact Fee that has raised hundreds of millions of dollars every year, and that is distributed primarily, but not exclusively, to areas of the Commonwealth that produce the gas. It funds all sorts of projects while helping to lower other taxes at the local level.

This close relationship between impacts and benefits makes perfect sense to most, but urban constituencies important to Tom Wolf want more money, and he wants more green street cred, so the interminable battle continues year after year. The COVID-19 impact on the state budget will undoubtedly be the next excuse employed by our governor, who seems to take petty resentment at not getting his way to the highest plane imaginable.

Perhaps it is because he isn’t getting his way on RGGI and imposing another severance tax that Tom Wolf is punishing the industry in other ways. His Department of Environmental Protection (DEP) is in the process of raising its application fee to drill a new shale well. It is now $5,000, about the same as the $5,500 permit application fee in neighboring Ohio, but Tom Wolf’s administration wants to raise it by 150% to $12,500. Not a big deal, some would say, but it comes at a time when gas prices are lower than low, profits have disappeared and some companies are facing bankruptcy. DEP bizarrely complains that it needs the money because there is less activity, which tells us it’s probably more about punishment than revenue — more of Tom Wolf’s pettiness, in other words.

Then there is the continuing campaign by Wolf to impose new methane emissions rules even though those emissions are already being rapidly reduced by the private actions of shale companies who have every incentive to capture them, as their business, after all, is selling the stuff. As the Marcellus Shale Coalition notes, “The industry’s focus on limiting emissions has helped lower combined methane emissions from oil and natural gas systems 23.2% since 1990 … [while] natural gas production has increased 50%.”

That wasn’t enough for Tom Wolf, though, and he proceeded in 2018 to enact over-the-top and completely unnecessary regulations on new shale gas wells that did little more than temporarily appease his green supporters and raise the cost of production. Now, because his green friends are unappeasable and want more, he’s proposing additional methane emissions regulations on existing infrastructure and production.

These new regulations, according to the anti-gas site ShaleImpactPA (funded by the same folks funding the Delaware Riverkeeper and several other anti-gas groups), would:

“Require better monitoring and control of emissions at existing oil and gas wells, including those that use hydraulic fracturing, and related sites. Companies would have to install equipment to stop emissions from escaping, and inspect sites for leaks every three months.”

DEP claims the rule will eliminate 4,404 tons of VOCs and 75,603 tons of methane emissions at a cost of $35.3 million per year or $441 per ton. That cost, of course, will be passed on to natural gas companies and their consumers. Has anyone calculated the benefits versus the costs? Only if you accept the half-baked justification offered by DEP for their proposed new regulations, one based on a tangential relationship to ozone levels and accompanied by a disclaimer saying DEP is “not stating that these estimated monetized health benefits would all be the result of implementing the proposed … measures.”

This is what Tom Wolf has wrought. He’s no friend of natural gas and never has been. He wants the plaudits of radical enviros and the sort of elites he so enjoyed mingling with at the Democracy Alliance #Resistance get-together in 2017. He’s now revealing who he really is, and he’s not about Pennsylvania’s welfare but, rather, Tom Wolf’s image with the gentry class.

About the Author: Tom Shepstone is the owner of Shepstone Management Company Inc., a planning and research consulting firm located in northeastern Pennsylvania. He has advised many counties in both New York state and Pennsylvania, as well as other states, on economic development strategies, especially as they relate to rural and agricultural areas. He is also the publisher of NaturalGasNOW.org, a blog focused on the same objective. 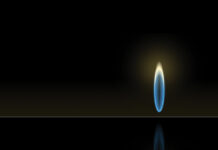