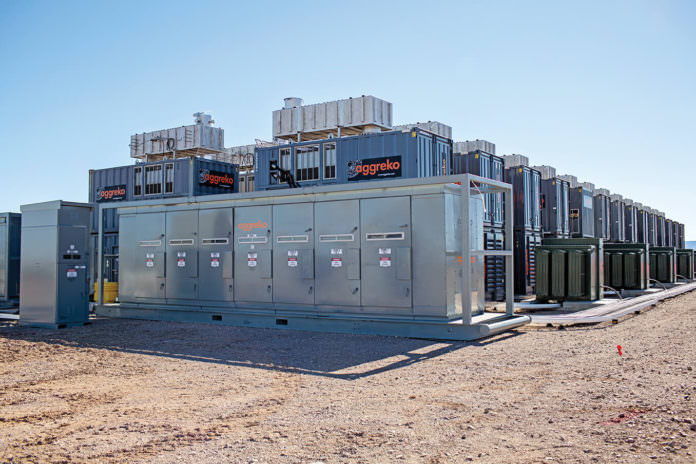 A couple of pieces of important news coming from the Trump Administration this morning.

First, the Associated Press is reporting that the Administration has started providing lower royalty rates to some producers on federal lands who are able to demonstrate they could not continue to operate those leases at normal rates. At least one operator in Utah has received a royalty rate as low as 2.5%, a fraction of the normal 12.5% federal royalty rate for leases on that area.

The reduced rates are temporary and will last a maximum of 60 days, according to Bureau of Land Management (BLM) spokesman Chris Tollefson.

The second piece of key news is that the U.S. Department of Interior has indefinitely postponed a planned sale of federal leases located in New Mexico. According to a report by Reuters, the sale would have focused on leases in the southeast corner of the state, which covers the New Mexico extent of the Permian Bason.

A BLM spokesperson said details about when the sale would eventually be held will be provided at a later date.

E&E Daily reports that DOE is looking at ways to roll back regulations in response to a Trump executive order. Excerpt:

The Department of Energy will look at how it might carry out President Trump’s executive order to suspend regulations that the White House says are stifling jobs amid the coronavirus pandemic, a top agency official told a Texas oil and gas group yesterday. Speaking to the Texas Alliance of Energy Producers via Zoom, Steven Winberg, the assistant secretary for fossil energy, said DOE is “all ears if your members have ideas.”

Also in New Mexico, the Carlsbad Current Argus reports on a public meeting held Wednesday during which spokesmen for the industry and environmental groups debated approaches to dealing with the ongoing natural gas flaring issue in that region. Here’s an excerpt:

Environmentalists and other groups warned that stronger efforts to fight air pollution from the release of methane at oil and gas facilities in New Mexico could become even more important during the COVID-19 pandemic, as the market’s decline led to a reduction in extraction activities.

The concerns were voiced during a Tuesday public meeting of the State of New Mexico’s Methane Advisory Panel (MAP), a group convened by the New Mexico Environment Department (NMED) and the Energy Minerals and Natural Resources Department (EMNRD) to study ways to reduce methane emissions and develop new state regulations under an executive order issued last year by Gov. Michelle Lujan Grisham.

The 27-member panel was made up of activist groups, industry leaders and other stakeholders, meeting last year to discuss a multitude of issues and solutions around the emission of methane.

Meanwhile, the price for a barrel of West Texas Intermediate rose above the $34 level in early trading on Thursday, following another bullish inventory report by the EIA.

Those rumors you keep hearing about how Chinese companies are buying up Permian Basin acreage at bargain basin prices during the COVID-19 pandemic? Yeah, they aren’t happening. Excerpt:

Let’s clear this up: China is not buying the Permian Basin. Had folks looked closely at the CNN Business story – headlined “Chinese company to buy Texas oil fields in $1.3 billion deal” – that circulated across social media and apparently created all the concern, they would have noticed that it was published in October, 2015. So, it actually was a case of a China-based investment firm taking advantage of an oilfield bust to buy up assets at cheap prices; however, it was during the last bust, not the current one.

The company that made that 2015 deal is Yantai Xinchao, an investment firm which conducts business in the U.S. through its Houston-based operating company, Surge Energy. Surge is a subsidiary of Blue Whale Energy North America, which has pursued asset purchases in the U.S. on behalf of Yantai Xinchao. There is nothing secretive about any of this – it was all easily discovered with about 10 minutes of Google searches.

Writing at the American Action Forum, Ewelina Czapla discusses an issue that really is happening: The pending run of oil and gas company bankruptices.

The Journal of Petroleum Technology has a good piece detailing how the pain of collapsed oil prices flows downhill. Excerpt:

As operators feel the pain of low oil prices, so, too, do their service providers. Production is dropping off, and that means the services required for production are no longer needed, at least not as much as before the downturn. The call for hydraulic fracturing is no exception.

“We’ve already seen a very monumental fall-off in frack demand and frack activity in the last couple of months,” said John Fu, a senior analyst with Rystad. “We’ve already reached levels that we haven’t see even in the worst of the last downturn.”

Fu and Ryan Hassler, a shale analyst, are members of Rystad’s Shale Intelligence team. They presented their views of the situation for service providers during a recent online seminar.