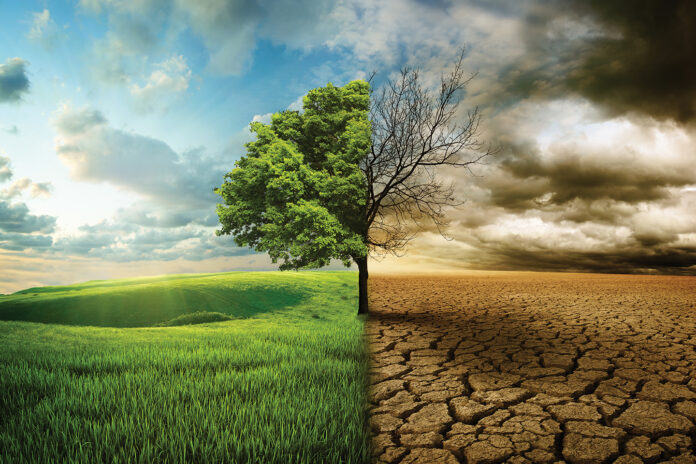 Never has America witnessed a more narrative-driven phenomenon than the so-called “Energy Transition,” the popular term used to describe what Green New Deal Democrats and the climate alarmist lobby hope will become a mass move to renewables in power generation and electric vehicles (EVs) in transportation in the coming years. These narratives are often at direct odds with the reality in which we all live, but when has that ever had any impact on the narratives pushed by those on the radical political left?

Working arm-in-arm, the Democrats and the climate alarmists have managed to lard up both the $1.7 trillion “infrastructure” bill and the $3.5 trillion budget reconciliation act with hundreds of billions of dollars in new subsidies, mandates and transfer payments to the wind, solar and EV industries that fund the Democrats’ political campaigns. Those same pieces of awful legislation also feature an array of new taxes and fees on the so-called “fossil fuel” industries that generate about 85% of America’s total energy mix and power its economy. This is what the Biden administration and its Democrat comrades in congress refer to as “progress” and something they like to call “environmental justice.”

But the newest narrative related to climate change and the energy transition demands that these policymakers do more than just try to artificially pick winners and losers in the energy sector of the economy. Much more, and it is all targeted at you.

Indeed, this latest narrative demands that they actively work to not just end economic growth altogether but actually try to implement policies that will create economic regression, at least in the Western world. Again, this is what the Democrats and their alarmist supporters refer to as “environmental justice.”

You don’t have to believe me — you can just review a new study released by climate alarmist researchers at England’s University of Leeds. Led by sustainability researcher Jefim Vogel, this new study, titled “Socio-economic conditions for satisfying human needs at low energy use: An international analysis of social provisioning,” posits that climate targets being laid out by the IPCC, the Paris Accords and other international bodies cannot be met by mere expansion of renewables and EVs alone.

The authors find that meeting those goals will further require severe “social provisioning,” which is just a softer-language term for “forced government rationing.”

So, what do they propose to be rationed by your friendly government bureaucrats?

If you want to know how many proponents of the energy transition narrative want your real world to work, this study provides fascinating insight. Interestingly, the authors do not appear to have addressed how governments in the developed world should deal with the massive social unrest that will inevitably take place when they attempt to force such limitations on their citizens. Because that is what would happen in the real world if the U.S. or any other western government attempted to implement such draconian restrictions.

Despite these realities, no one should think these Leeds researchers are somehow alone in pushing this new narrative. The editors at OilPrice.com recently published a piece advocating similar restrictions by Osama Rizvi, who describes himself as “an economic and global oil market analyst who brings in a holistic point of view connecting geopolitics, economy and politics.”

Here is an excerpt from his piece, titled “The One And Only Way To Avoid A Climate Crisis:”

It is a dangerous idea to use a ‘technological will fix all’ approach to justify the pursuit of continuous growth. Instead, we need to start to wrestle with the idea of Degrowth. According to The Absolute Impact 2021 report by Carbon Tracker Initiative, at the current rate of emission, i.e., 41.5GtCO2 per year, we only have 22 years before we see global temperatures rise by 1.75 degrees. That gives an idea as to how quickly the world needs to deal with its emissions problem.

It means there isn’t enough time for the world to wait for new technology to solve the problem. It is at this point that Degrowth becomes a very appealing idea that policymakers should pursue. To begin with, this involves rejecting the link between growth and improvement in the standard of living. This has to be countered, of course, by the fact that as the population grows, more energy will be consumed. Importantly, however, “high energy civilizations” may face the risk of decline due to limitless consumption of energy. This is a good point to segue into the argument that Degrowth should begin in developed countries in order to allow the developing world to catch up.

Why? It is well known that developed countries have used fossil fuels for centuries to fuel industrialization and pave the way to where they are right now. Coal and then hydrocarbons played a momentous role in this journey. Today, not only have the detrimental effects of this growth been skewed towards the global South, but the discrepancy between per capita energy consumption is still shocking. Jason Hickel, in his book, The Divide, highlights that 83 percent of deaths due to climate change occurred in the lowest carbon-emitting countries, and of 588 billion tons of carbon emissions (figures until 2017) 70 percent came from industrial economies. Another very interesting measure used is Global Footprint Network’s per capita ecological footprint where a negative number shows that they are in an ecological deficit (biocapacity is less than what is being consumed).

You get all that? This guy is all for western governments continuing to dole out hundreds of billions of dollars in annual subsidies on wind, solar and EVs, despite all the evidence that they will never be able to replace the energy-generating benefits of fossil fuels. But, like the Leeds researchers, he recognizes those very real inabilities by wind, solar and EVs to “solve” the climate change problems and thus advocates for severe restrictions on everyone’s lives. Well, presumably everyone’s but his own.

Not only that but this guy, in the name of “environmental justice,” advocates that Western nations be forced to implement these restrictions first, in order to make our lives equally as primitive and energy-deprived as those in “developing nations.”

Note that he includes China — the country with the world’s second-largest economy — and India — the country with the world’s 5-largest economy — on the roster of “developing nations.” Now, it is a well-established fact that those two countries accounted for more than 80% of all new carbon emissions created since 2010 and will continue to account for the overwhelming majority of such emissions going forward. But to people like Mr. Rizvi and his fellow ideologically leftist “researchers” at Leeds University, those countries should continue to get a free pass until your standard of living has been diminished to theirs in the name of “environmental justice.”

That, my friends, is the climate change movement’s latest narrative, and if you think these people will just come to their senses and leave you alone, well, you will soon have another think coming.