Less than a year after emerging from Chapter 11 bankruptcy, DJ Basin mini-major Civitas Resources reported strong earnings for Q4 2021. As reported by the Denver Business Journal, “The company reported $178.9 million in 2021 profit, or $4.82 per share, on $930.6 million in revenue from oil and gas sales of production that was averaging 153,900 barrels a day at year’s end. That’s four times more revenue than the core business had in 2020, a year in which oil prices dropped to historic lows after fuel demand collapsed in the Covid-19 pandemic’s early months.”

Calls during March from the Biden administration for the domestic oil and gas industry to rapidly increase its oil and gas production volumes placed a spotlight squarely on the Permian Basin, which remains the driving force behind the U.S. shale business. While some producers responded by stating they had no intentions to dramatically increase their pace of drilling, both ExxonMobil and Chevron announced plans for significant production hikes during investor calls in early March. Overall, efforts to raise production in the Permian will be hampered by ongoing supply chain issues and limitations on the ability to find qualified workers.

The rig count in the Eagle Ford Shale continues to recover as strong commodity prices improve the economics on a rising number of drilling prospects. The number of active rigs in the region surpassed 70 during late March, a level not seen in the area in more than two years.

As the Biden administration starts to distribute funds contained in last year’s infrastructure bill, state governments are finding out that money alone is not the solution to all problems. The state of Pennsylvania stands to receive more than $400 million in federal subsidies to help mount a project to plug orphaned oil and gas wells in the state. However, the Pittsburgh Press reported in March that regulators there are finding it near-impossible to staff the project internally or to find contractors who know how to do the work. It’s a chronic issue in the state that upstream companies have tried to communicate to regulators for years.

High commodity prices are reviving fortunes in the SCOOP/STACK play in 2022. S&P Global Platts reported that $100+ oil and $5+ natural gas are causing internal rates of return for projects to skyrocket. “In the liquids-rich STACK basin, half-cycle, post-tax IRRs jumped to about 57% in March. In the SCOOP, returns are now estimated around 51%, according to a recently published analysis from S&P Global.”

Big midstream player Williams agreed in March to acquire the Haynesville-based assets of Trace Midstream for $950 million. In a press release, Williams said the transaction would raise its Haynesville-area gathering capacity from its current 1.8bcf per day to more than 4bcf per day. It also said that “The acquisition is expected to result in an investment at approximately six times 2023 EBITDA, with strong growth anticipated and minimal expansion capital required, thereby supporting Williams’ strong credit metrics.” 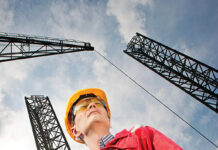 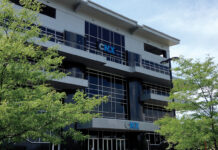