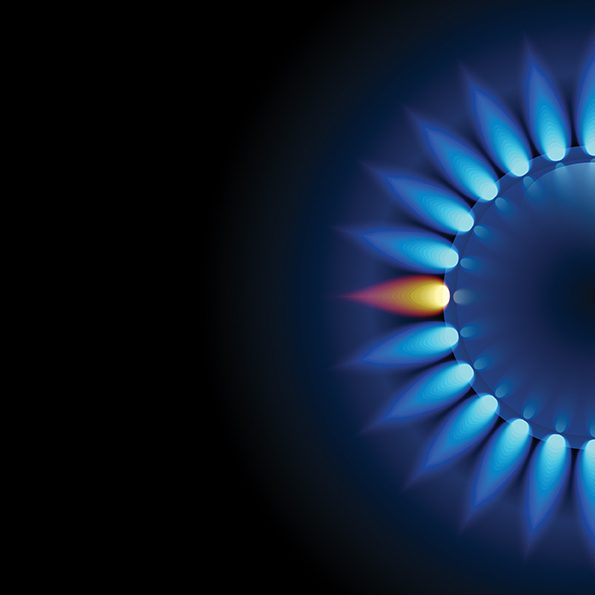 Pennsylvania just enacted legislation that will leverage its natural gas advantage to stimulate the development of petrochemical and other businesses that use natural gas. That, itself, is a significant achievement that sets the Commonwealth apart from neighboring states such as Maryland and New York who have the same resources and refuse to use them. There is more to the story, though, and it may be the best part.

The story is about a bill introduced in early 2019 and numbered HB 1100, “An Act…providing for energy and fertilizer manufacturing tax credit(s).” Specifically, the bill offered a tax credit of up to 20% against tax liabilities to businesses that purchase and use Pennsylvania natural gas to manufacture petrochemicals or fertilizers in the Commonwealth. The businesses were required to: (a) make capital investments of at least $450,000,000 to construct their facilities and place them into service in this Commonwealth and (b) have created at least 800 full-time equivalent jobs.

Two things were unique about the bill. First, the tax credit was directly linked to the amount of natural gas used: 47 cents per thousand cubic feet of gas. Secondly, it required the payment of “prevailing” or union wage rates by individuals, contractors and sub-contractors doing the construction. This means both industry and labor had strong reasons to back the bill.

The bill was authored by a young Republican representative from labor-friendly Northeastern Pennsylvania named Aaron Kaufer. It soon had support from the Speaker of the House and several other state reps, including my Representative, Jonathan Fritz, whose district includes much of Susquehanna County, one of the largest producers of shale gas in the United States. Labor-friendly bills don’t typically get initiated on the Republican side of the aisle, but this one did, and it made all the difference.

Importantly, it also got strong support from a Democrat State Senator by the name of John Yudichak, who is as strong a labor ally as any in the Senate. Yudichak, in fact, got so disgusted with the direction of his party on issues of importance to trade unions that he became an Independent not long after the bill was introduced.

HB 1100 initially got vetoed by Governor Tom Wolf. He was under pressure from the usual suspect shills for his gentry-class friends. They fund most of the anti-gas activity in Pennsylvania, and Wolf was reluctant to offend them. The governor protested that, while he supported the general idea, he thought each project should be judged on its merits (political speak for “I want the leverage for myself”). The size of the economic development project required wasn’t enough, and there was no guarantee for those prevailing wages.

But, there was also counter-pressure from that extremely important constituency for any Democrat governor—labor—and, as explained above, labor solidly supported the bill. And, as also noted, there were several Democrats from gas-drilling regions of the state who were behind it as well. Indeed, it was mostly just the urban left in the party that opposed it. Thus it was that the bill was legitimately tagged as both bi-partisan and pro-labor and to such extent that Wolf’s veto could, arguably, have been overridden.

That was how things stood in March of this year when the governor counted the votes and realized he had better negotiate the best deal he could or lose. He chose wisely, and in July signed a revised version of the bill under the number of HB 732, the “LOCAL RESOURCE MANUFACTURING TAX CREDIT.”

If you thought the governor truly got a different deal, though, you were mistaken. The amount of capital investment required was, in fact, reduced slightly, to $400,000,000, the 20% maximum stayed and so did the 800 jobs requirement as well as the 47 cents per thousand cubic feet of gas and the prevailing wage demand.

The governor did get a limit on the number of projects and some wiggle room to potentially leverage some of the money for his own purposes. The revised and enacted bill provides that no more than $26,666,668 would be made available to as many as four businesses for up to $6,666,667, with the governor’s administration having the authority to reallocate any unused tax credits.

The program was modified, in other words, to become a test case and possibly give Tom Wolf some political bones to throw around, but to similarly qualified taxpayers, which means everything essential to the bill from a natural gas perspective stayed. Assuming it works, it most likely will be made available in the future to additional projects. That is just fine and a profoundly small price to pay to get the governor’s signature.

Try to imagine this happening in Maryland or New York, where all common sense, reason and even self-interest have been thrown to the wind in an ongoing potlatch ceremony where green virtue signaling is the only thing that matters.

Not that Tom Wolf isn’t as committed to that sort of political correctness; he most definitely is. Pennsylvania, though, is still a relatively balanced state in terms of rural versus urban, where one must strike compromises and respect each other. Maryland and New York have legislatures who now treat their food and energy-producing regions with utter condescension. That isn’t possible in Pennsylvania if you’re the governor and hope to accomplish anything.

This is why, despite all the issues Tom Wolf has created for the gas industry, and there are many to be sure, he was forced into compromise in this instance, and that’s a good thing. Tom Wolf has already gotten credit and goodwill out of this legislation, including from now Independent Senator Yudichak. And, that’s also a good thing, even if it is not deserved, because we need to move things ahead and if it must be incremental progress and we have to drag along others for the ride, so be it.

This is how and why Pennsylvania works, as opposed to some other states on the east coast. The fact the Keystone State can still produce legislation such as this demonstrates it is thoroughly deserving of that logo. It is a place where things can still get done in the spirit of compromise and shallow green politics based on ideology over science do not rule the day, not yet anyway.

But, there’s another compromise involved: the one between labor and Republicans in Pennsylvania, with the latter getting on board with prevailing wages, and look how much good was accomplished. It’s a powerful lesson for both industry and labor. It is crucial we all join hands in the battle against green extremism. May it take hold elsewhere as well.