San Antonio, Texas, has a plethora of attractions that keeps the city unique: the Alamo, the San Antonio Spurs (and Coach Gregg Popovich) and the Riverwalk, to name a few. Top on the list of unique events is the city-wide, 10-day Fiesta San Antonio, from April 19 to 29, 2018 — and top on the list of Fiesta events is “A Night In Old San Antonio®” also known as NIOSA®. Celebrating its 70th anniversary this year, NIOSA will be held Tuesday through Friday, April 24–27, as what most San Antonio natives consider the centerpiece of Fiesta. If you aren’t familiar with NIOSA, it is a four-night festival in the heart of downtown San Antonio that celebrates the city’s diverse cultural legacy through the magic of more than 200 food, drink and atmosphere booths, 14 continuous live musical acts, children’s games, decorations, costumed volunteers and souvenirs. This description of just one of those cultural themes — Frontier Town (which debuted in 1966) — will give you an idea of what you can expect at NIOSA: it’s a duplication of an early Texas settlement (including an official U.S. Postal substation, which offers an official NIOSA cancellation stamp) re-created in one of the largest areas of NIOSA. A windmill marks the center, where there’s plenty of room for boot-scootin’ and grazing. Culinary offerings such as Horseshoe Sausage (an exclusive NIOSA recipe — 750 pounds consumed annually), Texas Bird Legs, Cowboy Klopse (a deep-fried meatball in jalapeño batter), Sopapillas, Steer-on-a-Stick, Shypoke Eggs, City Slickers (seasoned cucumbers) and Ranch Steaks keep visitors’ appetites satisfied. There are plenty of Wrangler Margaritas, cold beer and nonalcoholic Mangonadas in this area. Mario Flores & The Soda Creek Band will be performing at that location each night.

What makes NIOSA unique from other festivals around the world?

• Food items are created, perfected and prepared by NIOSA volunteers on-site, and truly reflect the areas where they can be found.

• All booths are run by Conservation Society volunteers; many are from second- or third-generation families. Volunteers come from all over the country to work at NIOSA.

• All musical acts play all night, every night during NIOSA. All this partying at NIOSA does have a purpose: it is the top fundraiser in the nation for historic preservation, truly living up to its motto as a “Celebration for Preservation.”

NIOSA is solely sponsored by and benefits the San Antonio Conservation Society. Founded in 1924, the society is one of the oldest and most active community preservation groups in the United States. Out of the roughly $1.5 million netted annually at NIOSA, these proceeds support restoration and preservation of historic properties, parks and waterways throughout the city and neighboring counties, and fund education and advocacy initiatives such as the Heritage Education tours, seminars, grants, scholarships, the resource library and its two house museums.

After all, where would San Antonio be without the Conservation Society protecting its historic buildings and parks?

Here are just some of the treasures that would not be part of San Antonio if Conservation Society leaders had not used NIOSA proceeds to battle for their existence:

• Twenty-two historical buildings in HemisFair (now the centerpiece of a Hemisfair Park redevelopment), 1965

• $100,000 toward the relocation and reassembly of the Sullivan Carriage House (now the San Antonio Botanical Garden entrance), 1995 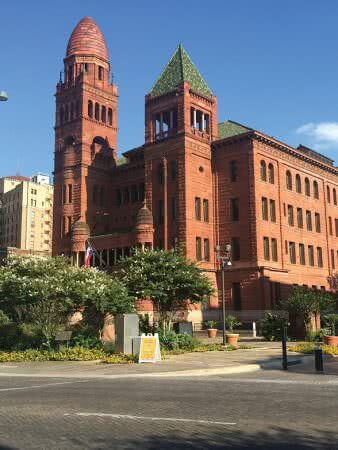 • Historic Farms and Ranches committee (formed to survey endangered historic farms and ranches in Bexar County and to update the 1973 Bexar County survey), 2006 to present

Discounted advance tickets are available for $12 at www.niosa.org and other locations around San Antonio, starting March 1; visit the website for specific locations. Discounted e-tickets can also be purchased on the NIOSA website.

Support the Conservation Society in its never-ending commitment to preserve San Antonio’s past by joining the Society, volunteering at NIOSA — or even just attending its “celebration of preservation” and enjoying the incredible food, drink and music!

By the way, you can have a mini-NIOSA for your friends and/or clients. For the past 57 years, Conservation Society volunteers have also staged NIOSITAs (private, mini-NIOSAs) in the La Villita Historic Arts Village for conventions, meetings or any groups of 300 or more who love a fiesta, to raise additional funds for the Society.

About the author: Jeanne Albrecht, Conservation Society Capital Club member and NIOSA volunteer for over 20 years.

For more information: Visit www.niosa.org, contact by phone at (210) 226-5188 or by email at [email protected], or follow NIOSA on Facebook at www.facebook/niosa.niosa. NIOSA’s website includes an interactive map, lists of all foods, beverages and entertainment, and more. 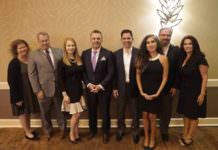 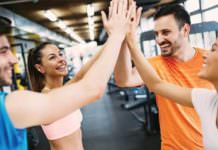