In the years since the original show premiered in 1966, the core cast of “Star Trek” have become household names to most folks – William Shatner, Leonard Nimoy, DeForest Kelley, James Doohan, George Takei, Walter Koenig, and of course, Nichelle Nichols. Yet despite the notoriety of the television series, it would be fair to say that many people remain largely unaware of the significant time and effort spent by Nichols on the role she played outside the “Star Trek” universe in terms of assisting NASA to recruit talented people of color to the organization. For Nichols, her epiphany came as a result of witnessing the NASA control center populated exclusively by white men. She became an early proponent of STEM (Science, Technology, Engineering, and Math) education for women and minorities before the term came into general parlance.

“Woman in Motion” mixes a nice blend of biopic, some always welcome background on the “Star Trek” history and legacy, and the eventual racial and gender integration at NASA. This video on demand would make for a fine companion to the very excellent film “Hidden Figures” released a few years back.

Perhaps most interesting is the way Nichols underestimated her influence on popular culture by means of the “Star Trek” series. Often during the script editing process, especially the first season, dialog revisions regularly reduced Nichols to advising Captain Kirk or Mr. Spock that hailing frequencies were open. Intending to quit the show, Nichols found herself persuaded by no less than Martin Luther King to remain. He explained that though her role might be limited, her presence alone made a huge difference to his children, and to society at large.

Commentary from space shuttle astronauts and administrators clearly demonstrate the impact that Nichols had on prospective NASA candidates tapped from minority populations. Her speeches and involvement significantly boosted NASA applications overall, as well as from women and minorities. For example, after eight months of recruiting, NASA had garnered only 1,500 total candidates for the shuttle program. Four months of promotion by Nichols increased that number to over 8,000. Women applicants went from 100 to 1,649, and those from minorities jumped from 35 to over 1,000. The first class included Sally Ride and Judy Resnik.

The down-to-earth interviews with ubiquitous archival footage lend an air of gravity to the entire production by presenting a fresh perspective on events surrounding the intersection of science fact and science fiction. Directed by Todd Thompson, “Woman in Motion,” now available in video on demand, makes for particularly relevant viewing in light of this issue’s emphasis on women. This splendid documentary does an excellent job portraying how Nichols’ off-screen persona pushed back the blatant racial barriers during the early days of NASA, and in that regard, far eclipsing the impact of the much-heralded television series. 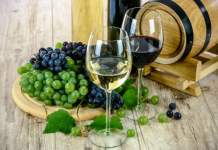 Vitamin D and the Pandemic Inflation: The Most Universal Tax of All