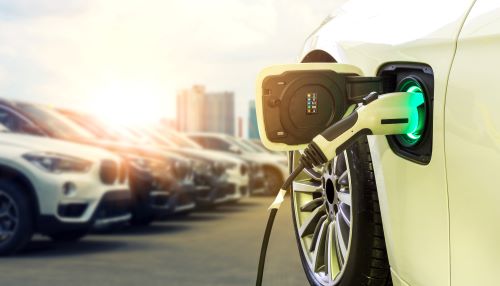 Researchers at the University of Texas at Austin from the Cockrell School of Engineering have made a breakthrough. They have created a new kind of battery that is cobalt-free. Cobalt has long been the only element capable of giving batteries long life and consistent power. Unfortunately, there are downsides to cobalt use in batteries.

The high price of cobalt

Cobalt is expensive. Coming in at around $28,500 per ton, cobalt is what makes batteries so pricey. And expensive, rechargeable batteries are the main reason electric vehicles are priced beyond the range of most of the general public.

But cobalt is also expensive in a much different and much more disturbing way. Sixty percent of the world’s cobalt comes from the Democratic Republic of Congo. It is estimated that 35,000 children are forced to work in horrid and life-threatening conditions there. Accidents and deaths are an everyday occurrence. With the number of phones, tablets, laptops and electric vehicles growing by the day, the number of children forced into the mines is going to increase along with them as long as cobalt use is continued.

Past attempts to replace cobalt have resulted in substandard batteries. But now, the University of Texas researchers say they have “cracked the code to a cobalt-free, high-energy lithium-ion battery.”

“Cobalt is the least abundant and most expensive component in battery cathodes,” Manthirum, one of the researchers, said. “And we are completely eliminating it.” They report “a new class of cathodes – the electrode in a battery where all the cobalt typically resides – anchored by high nickel content. The Cathode in their study is 89% nickel. Manganese and aluminum make up the other key elements.” All of these key elements are attainable within the United States.

A good side effect for a change

The increase in nickel has had a happy side effect. It increases the energy density of the battery, making it last longer between charges. Normally, the pay-off for this effect is a shortened battery life, the number of times the battery can be fully charged. But the researchers have discovered the optimal combination of the elements in order to overcome this problem.

They have formed a startup called TexPower, and have received grants from the United States Department of Energy to help further their work. But they are not alone. Tesla has recently sought permission from China to use another new kind of cobalt-free battery in its electric vehicles there. Tesla is said to be working with CATL on a lithium iron phosphate battery. So, the race is on. Which battery will have the energy density to make it across the finish line to mass distribution first?