As the world faces fears over its energy security following severe gas shortages and rising oil prices, in the U.S., President Biden is moving forward on climate plans while looking to import the country’s oil and gas needs from foreign sources. But as the U.S. works with Europe to secure its mid-term energy needs, will this strategy be enough to respond to rising consumer demand?

President Biden has been steadfast in his decision to curb new oil and gas exploration since he came into office, even in the face of global shortages. Due to sanctions imposed on Russian energy, following the Russian invasion of Ukraine earlier this year, countries around the world have been scrambling to fill the gap in their energy supply. Yet, so far, Biden has been reluctant to develop new U.S. oil operations for fear it would hamper the efforts of his New Green Deal.

Although reluctant to develop new oil and gas projects, Biden has pushed energy firms across the U.S. to boost output from their existing operations. As gasoline prices reach an all-time high of over $5 a gallon, he is feeling pressure from the public to take measures to ease oil prices. The government is taking a “war footing” approach to oil at present, aiming to produce as much at the national level as possible from existing operations, but this does not appear to be enough to meet demand and ease prices.

Several producers are now complaining about his approach. Bob McNally, head of consultancy Rapidan Energy, stated “When the White House started calling around in a panic, they thought shale oil production could grow sharply in the near term — like in a matter of months or quarters.” “They were shocked to learn that that’s like asking for blood from a stone. It’s almost impossible,” he added.

Due to limitations in boosting national production from existing operations, Biden is now looking elsewhere to fill the gap. He has asked OPEC+ several times to boost production to help ease oil prices globally, only to have it fall on deaf ears. OPEC has repeatedly denied pleas from the U.S. and other states to boost production in recent months. However, OPEC+, led by Saudi Arabia, agreed to raise production levels by 648,000 bpd during the fifth meeting since the Russian invasion of Ukraine, last month. This is the first time the organization has increased production beyond the gradual monthly 432,000 post-pandemic increase agreed upon in 2021.

This decision comes ahead of a scheduled trip by President Biden to Saudi Arabia this month. There has been significant speculation over whether Biden will use the trip as an opportunity to ask the Gulf state to boost its exports to the U.S. and its allies. Biden is expected to reset relations with the state, which has been accused of human rights abuses, in the face of mounting energy security concerns.

However, despite the clear need to find oil from somewhere to meet the global demand, Biden stated that he will not be directly asking Saudi’s political leaders to boost oil production during his visit. He explained, “that’s not the purpose of the trip,” during a press conference in Madrid in June. He suggested that his pleas to increase oil production are directed at OPEC rather than Saudi Arabia alone, stating “No, I’m not going to ask them… all the Gulf states are meeting. I’ve indicated to them that I thought they should be increasing oil production generically, not to Saudi Arabia in particular. I hope we see them in their own interests concluding that makes sense to do.”

But some worry that Biden’s somewhat laissez-faire approach to boosting oil production could lead to further energy shortages, as well as even higher consumer costs for the U.S. and its allies. And despite asking OPEC+ to increase its output, many experts think that the U.S. plan to curb further oil exploration, which was established well before the Ukraine conflict, has ultimately conflated shortages and rising oil prices. For example, Rick Perry, the ex-governor of Texas believes that only a boost in national production will ease America’s energy insecurity.

Perry writes, “through canceling offshore leases, the Keystone XL pipeline, and restricting drilling on federal lands, the administration has sent a clear signal to the domestic oil and gas industry.” He believes that reinstating canceled leases in Alaska and the Gulf of Mexico could help provide greater energy security for the U.S. for the next four decades. Although, few of his suggestions address the immediacy of the energy shortages being faced worldwide.

As President Biden looks outwards to address the energy shortages and rising consumer prices being faced by the U.S. and allied countries, American energy firms are quick to criticize the government’s approach. U.S. oil majors feel trapped between a rock and a hard place as they are being asked to boost oil and gas output while being restricted in their ability to develop new operations. Meanwhile, Biden continues to rely on an organization that refuses to pander to all of his requests, making the future of America’s oil and gas all the more uncertain. 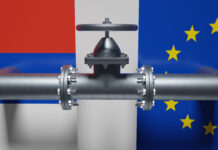