The pushback from the UAE over historic supply cuts brought in to offset the fallout from the pandemic comes at a delicate moment for OPEC, threatening the brittle coalition and an already weakened oil market.

The news of COVID-19 vaccines alongside the highest oil price since September has lifted sentiments to a more bullish level – and with it, a growing resentment that the OPEC+ policy is driven primarily by ‘bullying’ from Saudi Arabia and Russia, with little consideration of other producing countries.

With the OPEC summit imminent, there are clear signs the UAE, Kuwait, and Iraq are all digging in their heels in a reluctance to rollover production cuts which have created winners and losers – with Saudi Arabia and Russia on top and the trio in the latter category.

Should the UAE assert its national economic interest and breach the production limit – or more seriously, quit the producers’ alliance – it would have a major impact upon markets and quite radically affect the relationship with Saudi Arabia for some time to come.

It is commonplace to put out such messages ahead of summits, but it is striking that at the ADIPEC virtual conference Saudi Arabia energy minster Abdulaziz bin Salman (AbS) chose to say that the OPEC+ group may ‘tweak’ production cuts agreed in April and extend them beyond the December deadline for at least a further three months.

He then reiterated this at OPEC’s Joint Ministerial Monitoring Committee (JMMC) and implied markets should not simply expect an extension of production cuts at 7.7mbd past December, but to factor in additional cuts too.

Even with news of a COVID-19 vaccine giving some cause for optimism and the potential to change calculations, these are unlikely to materialize quickly so the minister’s signal does ring true. But it is not going to go down well with the neighbours.

Saudi Arabia and Russia are certainly coming out on top, mostly due to baselines and quotas, and US shale producers are also benefitting from the current policy. Riyadh’s OPEC+ reference production number, which its quota is based on, is now 370kbd higher – at 11mbd – than it was in October 2018 so it can easily claim compliance and even proclaim underproduction.

Since starting the price war, Saudi Arabia has once again cemented its position as market leader and price setter, enabling it to become de-facto OPEC leader, and also make decisions on behalf of the other members which is becoming a sore point as Riyadh and Moscow, not OPEC, are setting policy and benefitting, while others carry the cost.

Russia also comes out as a winner as its reference production number of 11mbd is higher than its historic average production of 10.472mbd, and it is the least compliant in OPEC+ as it overproduces by 430kbd. However, no spotlight has been shone on this and no compensation plan put forward to address it. Inadvertently, US shale has benefitted too, as the agreement stabilized the oil price around US$40/bbl, the floor for US shale production.

The UAE, Kuwait and Iraq are on the losing side and their discontent is palpable. For instance, the UAE’s OPEC+ reference production number of 3.168mbd is the same as in October 2018, lower than an installed capacity of 4.1mbd. This represents 64 percent of OPEC’s reference production for April 2020, and only 60 percent of actual installed capacity.

This translates to a significantly larger quota, by percentage, than for other participants – in comparison, Saudi Arabia and Russia production quotas represent 73 percent and 81 percent of their respective reference production for April 2020. It is unsurprising that talk of a rollover and making even deeper cuts is a bitter pill for UAE leadership to swallow.

The UAE has already lost US$9.3bn in value since May, excluding the additional voluntary cuts made in June, and stands to lose a further US$20bn in 2021, assuming a production quota of 2.735mbd and a price of US$40/bbl.

Iraq faces a different set of problems but oil ministry officials have indicated that, while they will not oppose a rollover, the economic challenge the country faces means either baselines or quotas need to be revisited soon or Baghdad will be considering its options.

In the current round, Iraq was expected to cut 850kbd but in fact has overproduced by 578kbd. Given the state of its economy and the prospect of Libyan barrels returning to market, it will be extremely difficult for Baghdad to play ball beyond Q1 2021.

Kuwait, usually supportive of Saudi Arabian oil policy, now faces its own financial meltdown and has quietly voiced opposition to the OPEC+ rollover. Oil and gas account for 40 percent of its GDP and more than 90 percent of export revenues, making the state’s dependence on oil revenue among the highest in region, and therefore particularly hard hit by weak demand and lower production.

This quiet resentment building against Saudi Arabia’s more assertive dominance within OPEC and the organization’s policy being seen to favour Riyadh and Moscow at the expense of other Arab states is unlikely to cause upset at the upcoming OPEC and OPEC+ summits or even jeopardize a rollover, which is a given.

But the emerging trend of small Arab states such as the UAE actively prioritizing their national interest needs watching closely – Iraq may be given a pass next time, but Kuwait and the UAE will receive no such luxury.

With patience wearing thin, something has to give. Either the burden of cuts must be shared more equitably, or the UAE might choose to exit and go solo. Though many will think that far-fetched, it has already done so on several occasions, such as withdrawing from Yemen and striking a far-reaching deal with Israel. It is not afraid to make bold and risky moves. 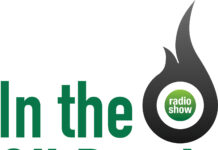 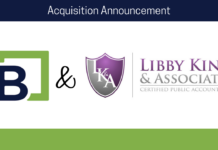 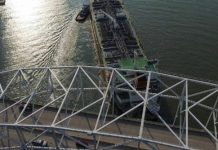