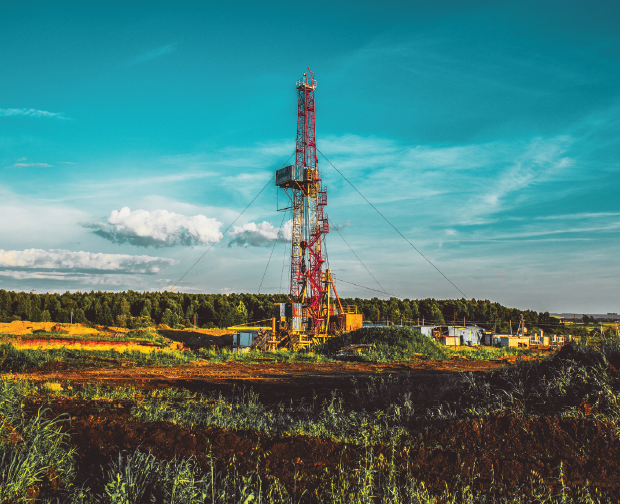 There’s nothing like shale for resiliency. It has, time and again, prevailed over supposed deaths of its future. Indeed, from the very moment of its initial success, supposed “experts” have been predicting it was but a passing fad, a money pit or a disaster waiting to happen. Ian Urbina built a career around his “Drilling Down” series for The New York Times, suggesting the whole shale enterprise was destined for the trash heap of history.

Yet, we just witnessed a presidential candidate being forced to say he wouldn’t shut down fracking. Shale not only survives, but it has changed everything about energy in but a little over a decade.

Oh, shale has had its ups and downs, to be sure, but that is hardly surprising for a young commodity business. So has steel or any number of other commodities that have been around a whole lot longer. And farming has been a roller coaster enterprise from the moment agriculture became a business. Five months ago, shale gas was clearly on the downside of the coaster with prices at or below $1.50 per thousand cubic feet, and, as I write this, it is now double that. These are the sorrows and joys of any commodity business.

But, shale gas is different in one respect; it has simply amazing resiliency compared to other commodities. While the steelmaker and the farmer often have to endure long periods of decline, shale tends to recover more quickly because it is a technology-driven industry where adaptation to low prices happens more quickly. Production can be slowed or increased relatively quickly, of course, but the main thing with any commodity is to consistently lower costs by doing things in smarter ways (drilling at different levels from the same well pad, for example). That’s happening with every successful shale outfit.

There’s another factor, though, which is the irreplaceable nature of natural gas in the economy and the environment. The low price of natural gas relative to other dependable and dispatchable energy sources makes it the fuel of choice for electricity generation. This, of course, is precisely why carbon emissions (and many other far more detrimental emissions) have been reduced enormously, thereby cleaning the air everywhere.

We see this irreplaceable dynamic reflected in the foreign demand for our gas, which goes to Mexico by pipeline, and around the world as Liquified Natural Gas (LNG). A recent isolated problem with LNG shipments, in fact, caused the price of natural gas to rise quickly due to high demand and a temporarily constricted supply. The tiniest interruption of that supply changes everything at once, demonstrating just how dependent the globe is on our natural gas, gas available in plentiful supplies due to our shale revolution. Resiliency is guaranteed by U.S. energy dominance forged out of shale.

Furthermore, consider California and Germany’s problems of excess dependency on renewables. California is ever darker when the wind doesn’t blow and the sun doesn’t shine because it has not enough dispatchable energy to deploy when this happens. Germany has experienced unacceptable rises in electricity costs for a related reason; its renewable generation produces too much energy when not needed and invariably takes business from irreplaceable natural gas plants, making them far more costly to operate when needed. And they are frequently needed. The renewable stuff is arguably cheap, but it cannot stand alone. The blended price of electricity has soared out-of-sight as a consequence.

This is why California is quietly and indirectly admitting it needs more gas plants, and Germany is buying our LNG, while the latter is also making bad deals with Russia to secure more gas. Readily available American shale gas has made it the solution even for its opponents, hence its resiliency.

The future will likely produce more of the same. New York is emulating California and trying to squelch anything whatsoever having to do with shale gas. Utilities are largely playing along, knowing that the costs of mistakes can, in the end, always be recovered by ratepayers.

There is even a move now to replace New York City’s invaluable gas fueled peaker electricity generating plants with battery storage. It won’t work any better than any of the other unaffordable and undependable schemes, of course. Last year, an explosion at an Arizona Public Service (APS) battery storage facility sent four firefighters to the hospital. There was a similar APS incident seven years earlier. Such a failure in the middle of New York City will be all it takes to quietly reverse direction there as well.

Yes, resiliency is the very nature of shale. Some readers may recall, in fact, a woman named Deborah Rogers, a goat farmer, financial manager, former model and part of the Earthworks Oil and Gas Accountability Project.

Back in 2012 and 2013, she was running all over the country saying that all shale oil and gas would be depleted in a decade or so, that drilling rates and costs would increase as drillers rushed to keep up production and that “our country will have drilled and fracked our way down a blind alley (with huge associated economic and environmental costs).”

Here we are seven to eight years later, and we have, if anything, an oversupply of gas, dramatically lowered costs of production per unit and rising, but still exceptionally reasonable, gas prices for consumers, not to mention hugely cleaner air. I call that success.

Sure, there are companies that have been squeezed out by low prices and high debt, but that’s the way commodity markets work, and there are numerous companies that have adapted and prospered because they innovated and found ways to lower costs. Prices are votes of consumers, and those who pay attention not only survive but rise to the top. We are seeing that today with several companies, while others who took on too much debt and overhead or failed to innovate are being absorbed by the others. This is exactly how it is with steel and dairying, and it absolutely should be.

Adaptation and change are the marks of resiliency, and we are seeing it in every corner of the shale industry. The future is promising as the world seeks our product to meet economic and environmental challenges. The rural gas producing regions of our nation also benefit greatly, which is why fracking became a positive political issue in 2020. That alone speaks to the irrepressible quality of shale; it just keeps coming back to the top as one issue after another is resolved, and its enemies are forced to confront the reality that is the shale industry.