The start of the year saw expected winter cold fronts arrive in Texas. Like clockwork from an increasingly coordinated campaign against natural gas, media breathlessly reported an estimated 1 billion cubic feet of gas was flared in the Permian Basin alone, resulting in a 25% reduction in natural gas supplies, higher pollution and the prospect of Winter Storm Uri level interruptions in electricity delivery to homes and businesses. None of this occurred, and subsequent corrections were issued. The increasing use of headlines as clickbait while hiding the facts behind paywalls that prevent any challenging of stories is then used by opponents of domestically-produced oil and natural gas to attack with zero concern for increasing reliability. These antics are very reminiscent of what we see on the national stage to blame domestic producers for high energy prices while begging OPEC to produce more. Whether local or global, placing reliable, affordable and clean energy as a higher priority will lead to better energy policies benefiting consumers and U.S. producers.

By mid-week, claims were revised from nearly 1 billion cubic feet of natural gas flared due to cold weather issues down to 1 million cubic feet that was flared, a thousand-fold drop. By then, the damage had already been done as a runaway echo chamber of Twitter and wire services repeated the same falsehoods. The incomplete picture came from some media reports utilizing pipeline nominations (contract requests for space in a pipeline system to transport gas) to estimate real-time gas production. That approach is speculative and cannot be refuted until after data is fully collected, especially given that gas trading markets were closed for the holiday weekend. By the end of the week, the Energy Information Administration data showed impacts were minimal to production, emission events were low, short-lived, environmentally safe, and, more importantly, no electricity interruptions.

As operators know, production can fluctuate daily for a variety of reasons that may or may not have anything to do with the weather. But lost in the daily review is the incredible growth of natural gas production over the past decade. Texas has increased natural gas production by over 50% since 2010. Production continues to grow and will likely surpass an average of 30 billion cubic feet per day in 2022.  This means vastly more gas is available in Texas to meet all market needs, and any fluctuation in production is a temporary change from a much higher production total.

Production is also just one piece of the puzzle to keep gas flowing to Texans and electrical power producers throughout the state. Gas storage plays a very important role. Processed, dry gas that is already in storage, ready to flow to homes and power plants, is critical to maintaining reliability by smoothing out any production fluctuations. According to the Railroad Commission, Texas has approximately 448 billion cubic feet of working gas already in underground storage, and, anecdotally, pipelines report generators are investing in more firm storage to meet their seasonal needs. Maintaining electricity flow to critical natural gas systems was the impetus for the January 15th deadline that the Commission imposed on operators, pipelines and saltwater disposal wells to file the necessary paperwork to protect those assets from electricity interruption. The Railroad Commission and the Public Utility Commission are developing a natural gas supply chain map that will determine weatherization requirements to further insulate delivery of natural gas: protecting assets with hardening and a guarantee to keep electricity flowing.

All this work has shown considerable progress on beefing up an electric grid that has an ever-increasing demand for natural gas as the only quick way to ramp up emergency backstop when other energy supplies drop. Baseload thermal generation has not grown with Texas’ increasing population, but wind and solar have. The Electric Reliability Council of Texas estimates that some 50,000 new megawatts in wind and solar capacity will be added to the grid in 2022, making the intermittency challenge bigger for policy leaders to solve. Despite the hopes of some, wind and solar are not alternatives to natural gas but complementary, helping both to grow in demand and necessity. Making it work here in Texas provides a roadmap for the broader U.S. and the rest of the world that will need greater natural gas supplies to expand their wind and solar usage.

Much like the attacks in Texas, critics are missing the broader energy issues facing our world. European allies and trading partners are facing shortages this winter, resulting in increased use, record amounts of coal and heating oil being consumed and skyrocketing prices on energy which has hamstrung manufacturing, industry and agriculture. We also know that far too many people in this world continue to suffer in energy poverty without clean, reliable cooking fuels and electricity. According to Our World in Data, “About 3 billion people in the world do not have access to modern energy sources for cooking and heating their homes. They are suffering from indoor air pollution as a consequence, and millions die every year.” Despite some radical environmentalist calls to reduce energy consumption, we know wealthier nations continue to demand more to power new technologies like cloud computing, cryptocurrencies, and electric vehicles. To meet the needs of both the developed and developing world, we need policymakers focused on how to grow the energy pie, not toss the 80% being met by fossil fuels out, subjecting billions to wait for wind and solar saturation to reach their reliability needs.

The U.S. dramatically increased natural gas production through innovation and efficient practices. The delivery of natural gas has brought U.S. manufacturing jobs back and, according to the federal government, saved American families $204 billion a year through lower electricity, oil and natural gas prices — the equivalent of $2,500 a year for a family of four. While growing our economy and maintaining reliability, domestically-produced natural gas has brought considerable emissions reductions to the United States.

U.S. production is cleaner than our competitors because we have both high environmental and labor standards. Juxtaposing U.S. production with the world’s should mean even in the most austere demand for oil and natural gas forecasted by the International Energy Agency that American-made should be prioritized and valued. American-produced natural gas can meet those energy needs and prevent growing dependency on Russia. This would be a win for national security but also for our environment. According to Texans for Natural Gas, “U.S. LNG reduces emissions by 50% compared to coal when used for power generation in countries like China, India and Germany. Russia’s flaring intensity is 143% higher than the United States, and 239% higher than Texas’ Permian, demonstrating that America produces natural gas in a much more sustainable fashion than other global producers.” To help Europe and reduce global emissions, we need more U.S. natural gas production.

Consumers demand reliable, affordable and clean-burning domestically produced natural gas to meet the growing complexities in our electricity grid and the energy shortages facing the global community. We have the resources to meet those challenges with policymakers focused on facts, not Twitter.

About the Author: Jason Modglin serves as the President of the Texas Alliance of Energy Producers.

Biden’s Energy Policy: A Destructive Plan That Has Made All Forms of Energy More Costly 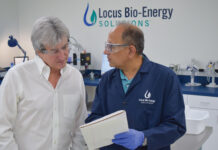