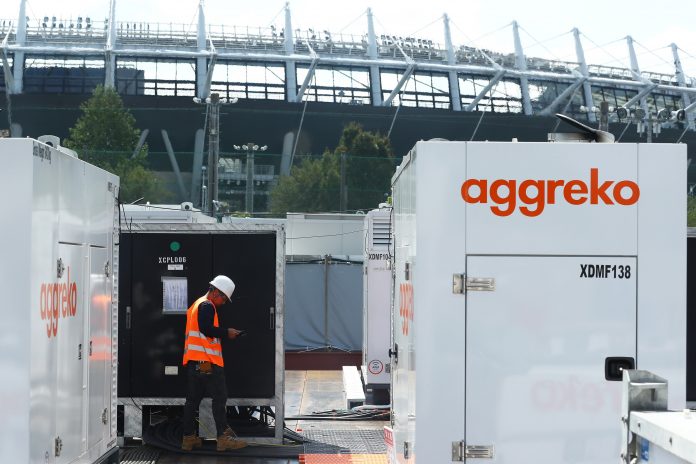 Operating in over 120 countries, Aggreko is the leading global provider of modular, mobile power. They provide power for many sectors including agriculture, construction power, manufacturing, mining, oil and gas supply, and shipping. But the area most sports fans associate them with is event power solutions. Recently, they supplied temporary power to the 2019 Rugby World Cup in Japan. The event lasted from September 20 until November 2, and took place over 12 venues. Several of the pools had to be canceled due to a typhoon, but Aggreko saw the event through to the final where South Africa beat England 32-12.

Aggreko is the big-event expert

When asked about the logistical challenges of handling power for the World Cup, Robert Wells, managing director of events said:

Japan is a highly-developed country with a mature infrastructure, but when you’re staging something such as the Rugby World Cup, where there are so many people coming from outside of the country, you’ve got to deal with additional requirements and power demand that you wouldn’t normally expect. And that’s why there’s a requirement for temporary power. Logistically, we’ve shipped about 80 40-foot containers to Japan from our main events hub in Dubai. We already had some equipment based in-country, but it’s not that often that events of this size happen in countries such as Japan, although clearly they’ve got the Olympics next year. So this is very much a head start for us on providing similar support for the Olympics in 2020. People sometimes view Aggreko as a generator provider. Actually, for the Rugby World Cup there will be a significant amount of cable distribution services provided, in addition to efficient and mobile generator capacity. There’s up to 2000 kilometres between the 12 stadiums that are hosting the Rugby World Cup, and we’ve got to make sure that they are not just supplied with equipment, but with the right staff at the right time. So providing that expert capability is something that I think Aggreko does better than our competition, and our track record speaks to that.

Handling the Rugby World Cup in Japan last year put Aggreko in a good position for knowing what is needed to provide temporary power for the 2020 Olympics and Paralympics in Tokyo later this year. The World Cup was big, but it doesn’t get much bigger than the Olympics. 10.3 million people are expected in Japan for the Tokyo 2020 Olympic and Paralympic Summer Games.  Some of the same venues used in the Rugby World Cup will be used, giving Aggreko a headstart in planning where equipment will need to be placed. They will be supplying power to all 44 event venues, the International Broadcasting Center and Athlete’s Village. That is a lot of power. In order to get it where it needs to be, Aggreko will be using more than 1,600 miles of cables – the equivalent of the distance between London and Moscow.

If you are curious about how one company can provide power to major events like the Olympics, you’re in luck.  Aggreko just launched an interactive 3D tour of how such events are handled. Just click here to start your tour.