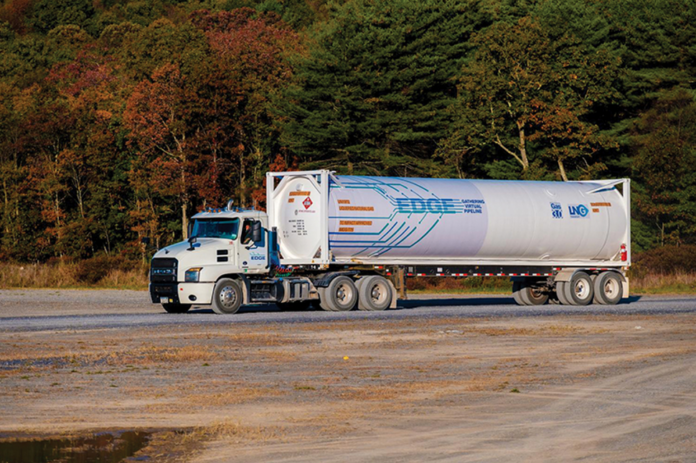 U.S. mines produced approximately $82.3 billion in minerals in 2020, and according to the EIA, mining has the second-largest share of annual industrial energy consumption. It takes an incredible amount of energy to mine minerals, such as coal, metals, such as iron, copper or zinc, and industrial minerals, such as potash, limestone and other crushed rocks. This is only one example of power-intensive industrial processes that aren’t connected to the grid. So, how are they powered? The truth is, largely by liquid fuels such as diesel.

Traditionally, this has largely been down to economic factors. Diesel generators are widely available, require relatively low capex investment, and fuel is easily procured and stored. However, a 2019 analysis by the National Renewable Energy Laboratory concluded that “the differences between diesel and natural gas generators in terms of economics and reliability are relatively modest.”

Since then, the case for natural gas has only grown stronger. Not only is the economic equation shifting as LNG availability shakes up the domestic natural gas market, but environmental pressure has ratcheted upwards on diesel as one of the dirtiest hydrocarbon fuels.

With that in mind, is it time to switch to natural gas for powering off-grid industrial applications? What are the benefits and the risks, and what are the solutions available to maximize the former and minimize the latter?

In the U.S., there is no shortage of natural gas supply, with the country already producing nearly all of the natural gas that it uses. In 2020, the second-highest annual amount ever recorded was at 91.4 billion cubic feet per day. There are also new sources of gas that are ready to find their way to market, from converting flared or stranded gas that would otherwise be wasted to using renewable natural gas production for vehicles.

It’s expected that 5-10 trillion cubic feet of gas are set to be flared in the next 20 years, according to the National Energy Technology Laboratory, and currently in the Bakken Shale of North Dakota’s Williston Basin, about 20% of the roughly 85 billion cubic feet per month, or 560 cubic feet per day, will continue to be flared until pipeline infrastructure is complete. About 2.6 million homes could be powered for a year with the power produced over a year’s worth of flaring at this rate. Instead, burning this gas results in 11.3 million metric tons per year of CO2 emissions.

Simply put, the U.S. has an abundance of natural gas. Some will be exported, but there is no prospect of a domestic shortage in terms of raw volume. But it’s not only the ample supply that’s attractive, it’s also pricing. Historically, LNG has sold at a small discount relative to oil, but in 2020 spot prices were trading at a discount of 50-70%, making it more economic than ever to switch from liquid fuels.

Of course, all the volume in the world doesn’t mean much if there is no efficient distribution system — prices will rise if volumes can’t reach the market, and there is a reason so much gas is currently stranded or flared, after all.

What’s more, an industrial user can’t justify the risk of switching to gas if there is a chance of shortages or unavailability — not when liquid fuels markets are so reliable and established.

Fortunately, there are new technologies in gas capture, liquefaction and distribution (virtual pipelines) which remove the need for extensive pipeline networks. This both offers a cost-effective route to market for stranded and flared gas and creates a robust, dependable distribution network for buyers.

Similar approaches have been on the market for a while using compressed natural gas (CNG), but the fledgling industry has remained a niche concern. However, liquefied natural gas has also about ten times more energy in the same volumetric space when compared to CNG, and it is easily stored as it is not pressurized, making transporting and storing it more efficient.

Natural gas is much less polluting than using diesel for operations and can cut carbon emissions by 20% or even negate them when using renewable natural gas. When it comes to using gas that would have otherwise been flared, that alone has an added environmental benefit — avoiding the distribution of CO2 emissions being released into the atmosphere. With pressures continuing to mount up on U.S. businesses from both the government and the everyday American around carbon emissions, environmental benefits are becoming crucial to the way firms operate. 73% of Americans are now in favor of taxing corporations on carbon emissions, and schemes like the RGGI and California’s carbon cap-and-trade programs are gaining momentum, with recent moves by Pennsylvania to join. The question around transitioning to net zero is not when; it’s how we can make a difference now.

On price, logistics and environmental performance, changing to LNG for fueling industrial processes, heating, or power generation looks like the safe bet for off-grid consumers — and it may just be the right time to make the switch.

Alexis Sohr is the Chief Commercial Officer at Edge Energy.