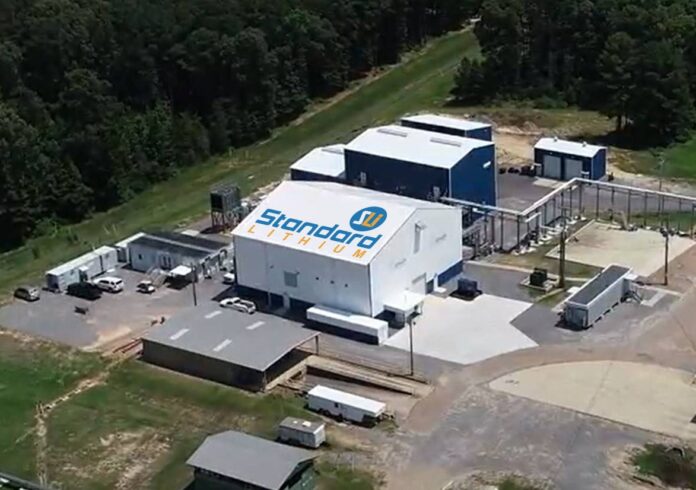 With emissions reduction being the key goal, the renewable energy economy is surging with applications to meet energy needs through clean and efficient alternatives. Providing a pivotal tipping point in the right direction, lithium has gained popularity as a main ingredient to success. Standard Lithium presently harnesses the technology and drive, allowing the company to surpass the competition in securing a stake in domestic production. Winning the lithium arms race is paramount to a healthy green future within the United States.

Describing the company as a technology-first company with a world-class technical team, Standard Lithium CEO Robert Mintak, stated the company targeted the lithium production market due to its political stability and its need in future alternate energy markets.

“We’re in the midst of a clean energy transition, and we need to consider what defines mining and how the application of new technologies can reduce the environmental impact of mineral extraction,” said Mintak.

By taking the technology they developed and zeroing in on a domestic partner, Standard Lithium has positioned itself to develop a major lithium production project right here in the United States. The country has not seen this type of production in over 50 years.

Lanxess AG calls the Smackover Formation in Arkansas home to its major bromine recovery project incorporated in three facilities. Extracting 5.3 billion gallons of brine annually and transported through 250-miles of pipeline, the bromine is stripped, and the brine is redirected into the aquifer.

The partnership takes root with the redirected brine. Of little significance to Lanxess, the redirected brine holds great value for Standard Lithium, which now takes its own swing at retaining its valuables before injection into the aquifer. Standard strips the lithium through an innovative process that is revolutionizing the industry and paving the way for a highly equitable domestic lithium production market.

“The Smackover project in south Arkansas is our primary focus,” said Mintak. “Standard Lithium is currently operating a first-of-its-kind anywhere industrial-scale DLE plant that is plugged into the permitted, commercial brine operations at one of our project partner’s bromine extraction facilities. The plant has been continuously operating over the past year, successfully extracting lithium from operations. The Smackover project represents the fastest and most environmentally sustainable opportunity for U.S. lithium production.”

Under specific pH conditions in the LiSTR process, lithium ions are pulled from brine and then released in order to be recovered. The process utilizes absorbent material paired with crystal lattice.

“The ceramic absorbent material is loaded with lithium in stirred tank reactors containing the brine,” said Mintak. “The lithium extraction process takes advantage of the fact that the brine is hot, not a hostile hot brine like geothermal but hot enough, approximately 70℃. This means that no additional energy is required, and the reaction kinetics for absorption are ideal.”

Mintak continued that the lithium ions are released from the absorbent material both quickly and efficiently. The LiSTR process takes approximately eight hours to produce battery-grade lithium.

“The LiSTR process is capable of processing into battery-quality lithium carbonate,” said Mintak. “When moved to full-scale commercial production, Standard’s site will look more like a water treatment plant than a conventional lithium operation.”

In addition to partnering with Lanxess, the Smackover Formation has provided additional resources making the target area rich in product, but also in other areas. The state of Arkansas provides a welcoming invite to investors.

The necessary infrastructure is established and allows for greater capital to be invested in production instead of support areas. Roadways and other services like rail and water are already established and substantial. Mintak indicated that the highly skilled labor force in their work area is paramount to the project’s success. Another aspect of the lithium recovery project is the location itself.

“The Smackover stretches all the way down to Florida and is abundant in lithium,” said Mintak. “If we are going to compete in the major market, we will have to dominate it here in the U.S. The Smackover is an ideal location for many reasons, including the fact that we are close to the Gulf Coast for international transport. We must control the lithium market to control the supply.”