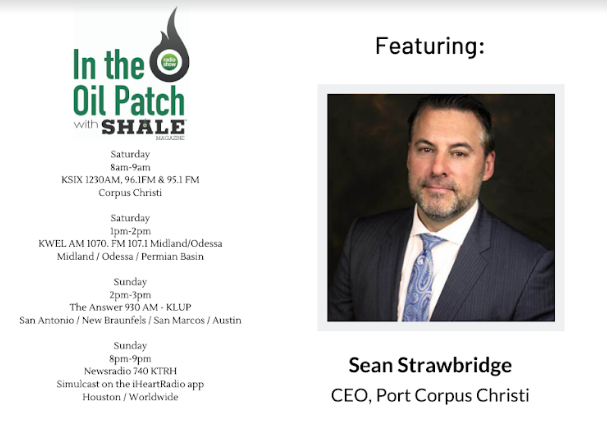 KYM: Sean Strawbridge, there was an article in the Houston Chronicle last week about the announcement that you guys have 17 million barrels of oil storage capacity in the Corpus Christi area. But the question is how profound is it to the state of Texas? Will these 17 million barrels storing capacity affect more of the local area? How great of an impact will it have in Texas as we see that storage capacity is definitely an issue? How profound is it for Corpus and the state?

SEAN STRAWBRIDGE: Well, I don’t think our 17 million barrels of incremental storage that’s currently in various stages of completion and commissioning are gonna move the needle much. But it certainly provides yet another tool in the equity barrel owners tool belt. But the incremental storage had already gone past FID capital commitments as part of our natural growth strategy. And these are our customer’s facilities. So when you look at Buckeye and Moda and Flint Hills and Pin Oak, you know, they’re the most prolific in terms of bringing on additional storage capacity here. Those are all projects that were well beyond final investment decision and had already had capital commitments made and those capital commitments that have already happened, we foresee them to continue to happen.

A good example is the Exxonmobil chemical joint venture with Saudi Arabia Basic Industries, here called Gulf Coast Growth Ventures. That’s about a $10-11 billion project to build the world’s largest ethane steam cracker. And that capital has already been committed, and that construction continues where we’ve seen more questions around growth is on those contemplated projects. Probably the best known would be the Red Oak line coming from Cushing to Corpus as a joint venture between Phillips 66 and Plains all American where they have deferred that project. They have not canceled the project, but they have deferred the project into future years in an effort to preserve capital and wait for better economic conditions to exist. We were disappointed by that for the very simple fact that that would have been our first connection in decreasing, which would then give Corpus Christi direct access to other North American crude stacks, a Bach and Naya Barra scoop stack, perhaps even Canadian, and so in the absence of that right now we are essentially piped very well for the Permian fields and very well for Eagle Ford, but we’d like to have some diversity by having other North American stacks available for this outlet, which is a great competitive gateway for the exportation of us produced crude off.

To hear the full interview with Sean Strawbridge click the link above.