SHALE Magazine and In the Oil Patch will host a State of Energy luncheon on July 18 from 10:30 a.m. to 3:30 p.m. at the Omni Houston Hotel Westside in Houston, Texas.  Purchase your ticket now!

Along with keynote speaker, former Secretary of the Interior Ryan Zinke, three panels will be sharing insight and valuable knowledge into the current and future energy market.

Now, let’s meet some of our speakers:

Panel: The Executive Perspective Across the Industry 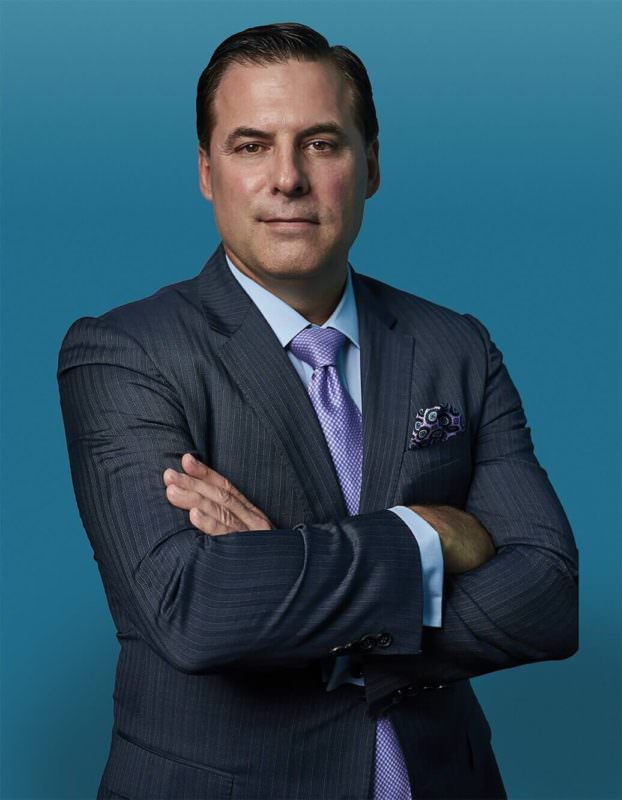 In his role as CEO of the Port of Corpus Christi, Sean focuses his efforts on capital placement, organizational alignment and culture, and flawless execution. A veteran of world-class organizations such as the Port of Long Beach, Ports America Group, Oxbow Energy, and Sea-Land Service, Sean has written extensively on the evolving marine terminal and vessel shipping paradigms and has been globally recognized for his industry knowledge and a large network of professional relationships. 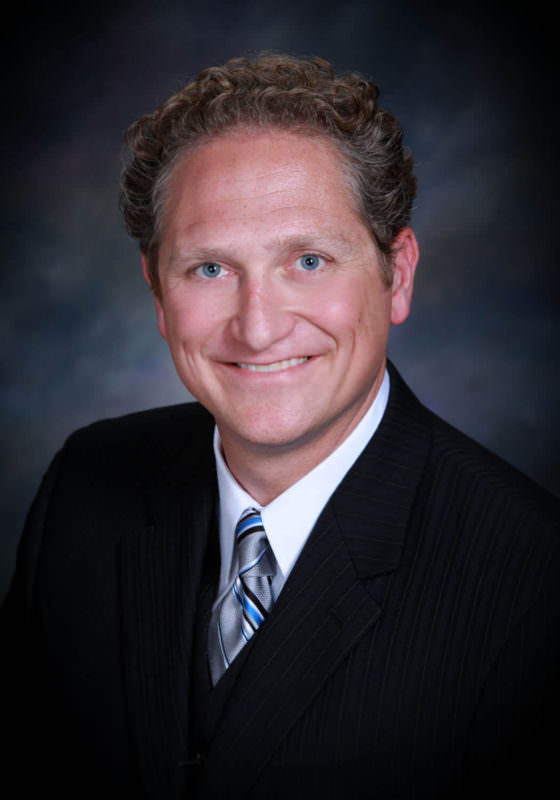 Mr. McKnight is a fourth-generation member of the oil and gas industry and is Chairman and President of M&M International, a family-owned Original Equipment Manufacturer specializing in high-pressure kelly valves, safety valves, top drive valves, and inside BOP valves utilized during the drilling, completion, and production of oil and natural gas wells. M&M International was originally founded in 1980 and has become one of the leading manufacturers of well control valves in the world. After spending three years as a practicing attorney, Mr. McKnight joined M&M International as the Assistant Operations Manager in 2005. He is a native of New Iberia, Louisiana, graduated from Louisiana State University in 1998 with a Bachelor of Arts in History, and from Mississippi College School of Law in 2002 with a Juris Doctorate. He is active in his community and industry, serving on many boards over the years, a few of those being the PESA Advisory Board, the Louisiana Oil and Gas Association (LOGA) Board of Directors and Executive Committee, the One Acadiana Board of Directors, the Petroleum Club of Lafayette Board of Directors, and the Lafayette Education Foundation Board of Directors. 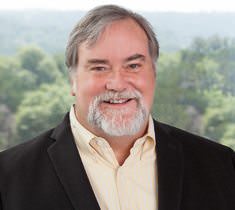 Prior to co-founding Drillinginfo in 1999, Allen was an independent oilman for seven years, co-founding three profitable exploration and production companies. He began his oil patch career with Marathon Oil Corporation as a geophysicist working in research, seismic acquisitions, and South American exploration. Allen is active in all aspects of Drillinginfo’s new product development and is widely recognized for his leadership and vision. He holds several patents in the field of component seismology. 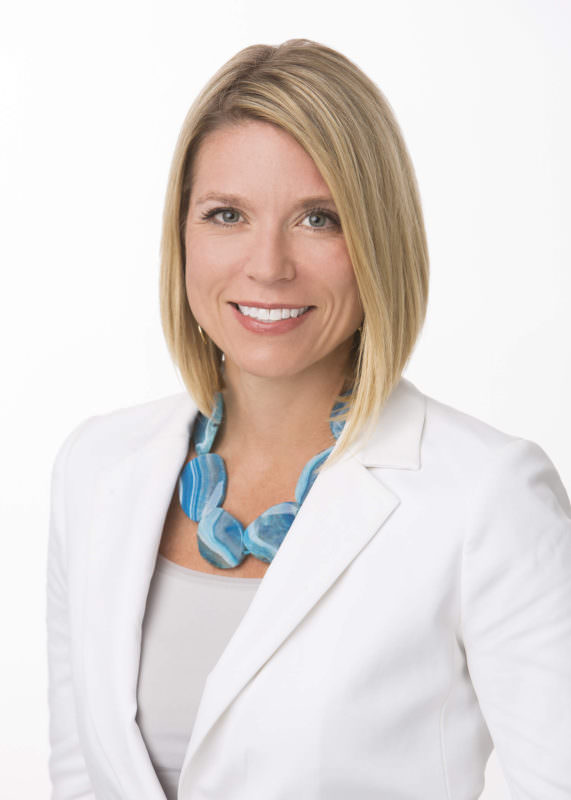 Leslie Shockley Beyer is President of the Petroleum Equipment & Services Association (PESA) in Houston, Texas. In this role, Beyer leads the strategic and operational development of PESA’s programs, expansion, and execution of its mission in support of oilfield services and equipment organizations. Working with PESA’s Board of Directors, she serves as a primary advocate for key priorities, promoting the sector’s technological innovation and economic contributions.

Highlights of Beyer’s career include 15 years in Washington, D.C. serving in the U.S. Senate, multiple presidential campaigns, The White House – Executive Office of the President, U.S. State Department and U.S. Department of Housing and Urban Development. Beyer also has extensive experience in public affairs, working at Burson-Marsteller Public Affairs and leading a Washington-based public relations firm for more than six years. Most recently, Beyer served as Director, Member and Board Relations with the National Association of Manufacturers (NAM), collaborating with NAM member companies on targeted priority legislative issues and advocacy efforts, primarily in the energy industry.

Beyer holds a BA in Latin American Studies and Spanish from the University of Texas at Austin. She serves on the World Affairs Council of Greater Houston, IPAA/PESA Education Advisory Board and the World Petroleum Congress 2020 Committee. 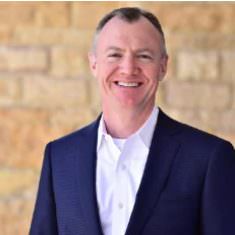 John serves as a global lead client service partner in Deloitte’s Oil, Gas & Chemicals practice. He works closely with energy and resources clients to bring the deep capabilities of the firm to solve problems and enhance value. John brings a unique mix of commercial, risk management, operational, and financial knowledge and the experience of more than 28 years serving the industry. He holds a Bachelor of Business Administration in accounting from Stephen F. Austin University and is a CPA in the state of Texas. 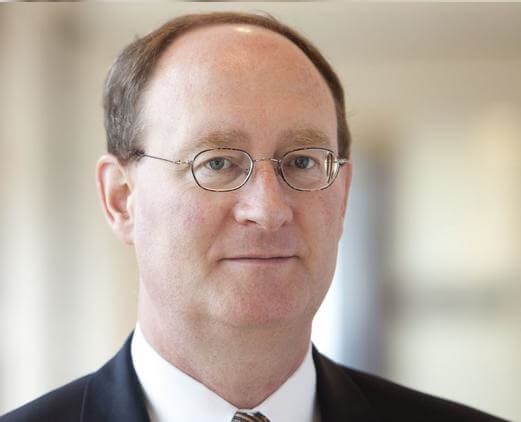 Fred Charlton serves as managing director, chairman, and head of energy investment banking focused exclusively on the energy services and equipment sector. Prior to joining the firm in 1990, Charlton worked in the Middle East as a field engineer for Schlumberger. Charlton holds a bachelor’s degree in mechanical engineering from Oxford University, where he was awarded an open scholarship and a Master of Business Administration degree from Harvard Business School. 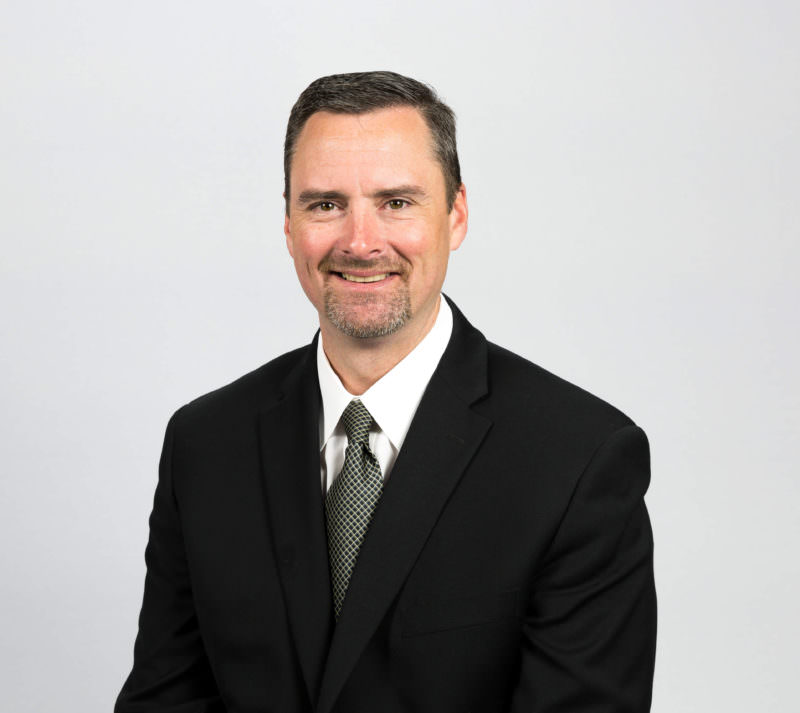 John has been in the process automation industry for over 20 years, focused on the global energy markets. He has held a variety of roles in engineering, business development, marketing, sales, new product development, acquisition planning and integration and executive management. John led several Emerson businesses while on expat assignment with his family in Asia from 2011-2016.

John Tintera is a regulatory expert and licensed geologist (Texas #325) with a thorough knowledge of virtually all facets of upstream oil and gas exploration, production and transportation, and unconventional reservoirs. As a former Executive Director and 22-year veteran of the Railroad Commission of Texas (RRC), considered the premier oilfield regulator in the nation, John oversaw the entire regulatory process, from drilling permits to compliance inspections, oil spill response, pollution remediation and pipeline transportation.

John was elected President by the Board of Directors of the Texas Alliance of Energy Producers in November 2017 and took office at the beginning of 2018. The Alliance is the largest state association in the country for Independents.

Mr. Tintera has BS and MS degrees in Geology from Michigan State University and almost 30 years of combined technical and managerial experience: 11 years as an industry petroleum geologist and 18 years as a state regulator. He has an in-depth knowledge of the state and federal regulatory framework of the E&P industry, including RCRA, CERCLA, SDW Act and OPA. In addition, Mr. Tintera has a comprehensive knowledge of environmental assessment, remediation, and emergency response.

John’s expertise, sought in the US, has extended abroad where European governments, confronted with the recent potential of developing unconventional energy in their countries, find themselves at various stages of preparedness, given the complexity of issues. They out to John to share practical ideas, technical know-how, and regulatory best practices as they create and update regulatory frameworks to allow safe economic development of natural resources, mirroring what has long been underway in Texas. John also delivers papers and consults on numerous other environmental, energy and regulatory issues.  John and his wife Jenna live in Austin, Texas. 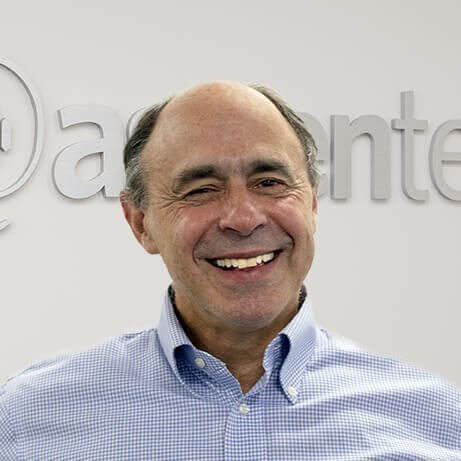 During his 10 years at AspenTech, Ron Beck has been responsible for oil and gas and engineering and construction industry marketing, as well as engineering product marketing. He has over 30 years’ experience in providing software solutions to the process industries and 15 years’ experience in chemical engineering technology commercialization. Ron has authored papers on key industry topics and presented at several public industry events. He has a bachelor’s degree from Princeton University in New Jersey. 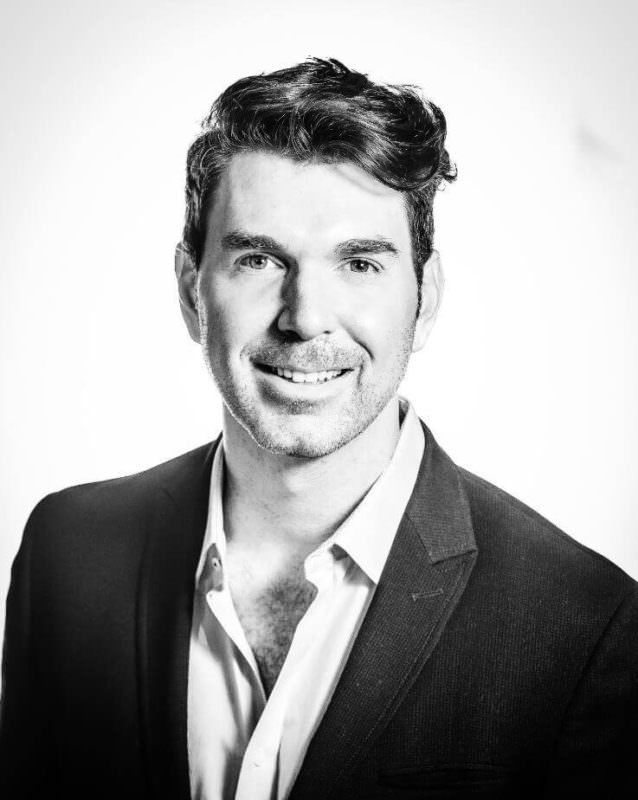 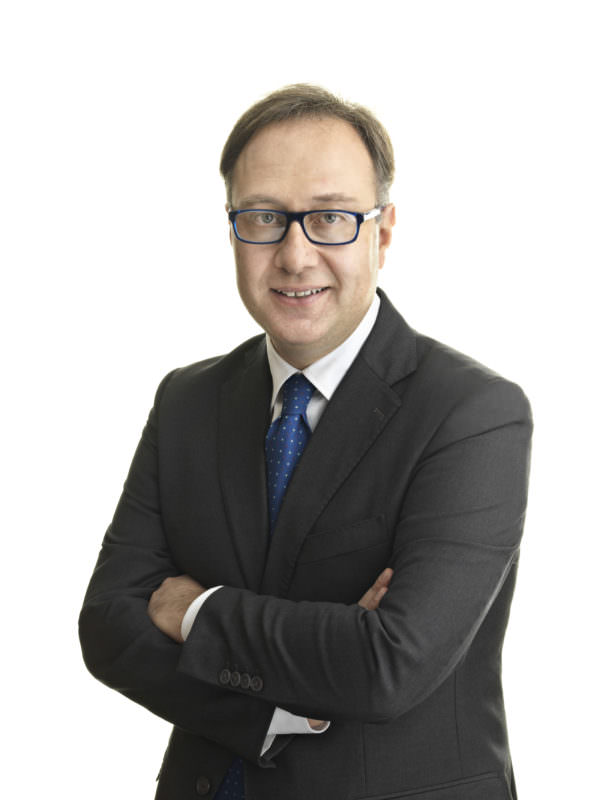 Marco Caccavale is the Vice President of the TPS Americas Region where he leads growth initiatives for BHGE’s North America and Latin America operations in Turbomachinery and Process Solutions (TPS).

Prior to this role, he served as Vice President of On/Offshore Production & LNG for Baker Hughes a GE company, where he led the global business line focused on Turbomachinery and Process Solutions for Upstream field development and production life cycle services until February 2019.

Marco began his GE career in 1999 and has since held several leadership roles across the United States and Africa. In 2005, Marco became the Operations Leader based in Wisconsin USA where he led the North America operations of the GE Oil & Gas global commercial team. In 2008, he became Region General Manager for North America Turbomachinery based in Houston, Texas.

He served as GM Downstream Products and Services and President and CEO of GE Oil and Gas for GE Africa in April 2012 where he led GE’s vast Oil and Gas business across Sub-Saharan Africa. He currently serves on the advisory board for the Petroleum Equipment & Services Association (PESA)

Marco has a Bachelor of Science and master’s degree in Mechanical Engineering from the University of Naples in Italy. 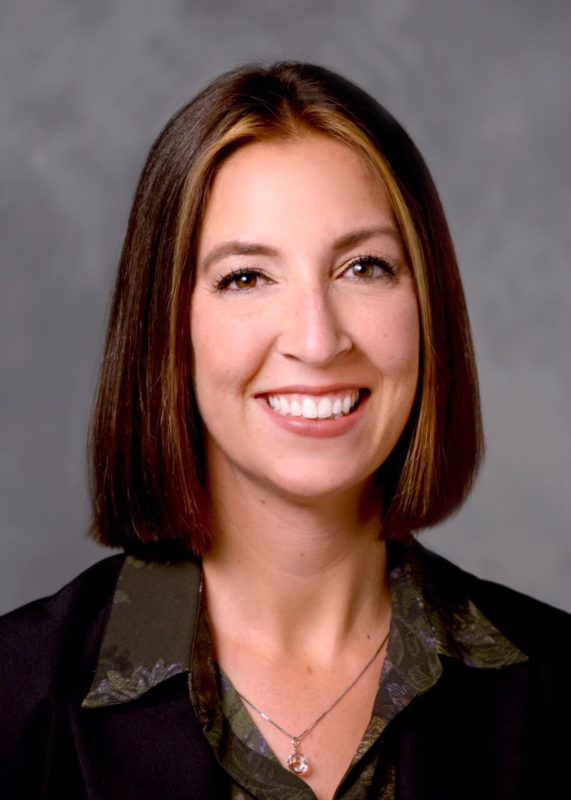 Michelle Pflueger is General Manager, Digital Innovation and Acceleration for Chevron. Michelle’s team is responsible for expanding and accelerating digital innovation across the enterprise.

Michelle’s career with Chevron has given her the opportunity to work in multiple countries, with leadership responsibilities ranging from roles in field operations (Offshore Installation manager on Agbami FPSO, Nigeria), to production engineering (Lead Production Engineer in Block 2, Angola), to central technology groups (Petroleum Engineering Consultant in Chevron’s Energy Technology Company). By furthering her education through a Master’s degree in Applied Statistics, she expanded her knowledge in advanced data analytics and complimented her experience in Chevron’s efforts around i-field, Upstream Workflow Transformation, and Lean Six Sigma. Michelle has a passion for the transformation of business and workflows through the integration of data analytics and digital technologies.

A native of California, Michelle received her Bachelor of Science degree in Chemical Engineering from the University of California Berkeley in 2000 and a Master’s Degree in Applied Statistics from Texas A&M in 2011. Michelle is a lifetime member of the Society of Women Engineers and the Society of Petroleum Engineers. 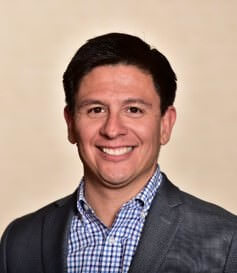 Charlie has more than 19 years of experience across multiple facets of the energy industry. He has spent much of the last ten years immersed in stewarding the development of advanced analytics and digital transformation programs for multiple clients and brings these hard-earned lessons as guideposts for others. Combined with his history as a former energy trader, risk officer, and his work as a consultant with nearly every business unit -finance to supply chain as well as IT to asset operations – he has developed an integrated language critical to the success of using data more effectively. Over the years, he has had extensive experience in risk management – financial and operational, all facets of trading, compliance in multiple areas, financial and operational performance optimization, technology development/implementation and advanced analytics.