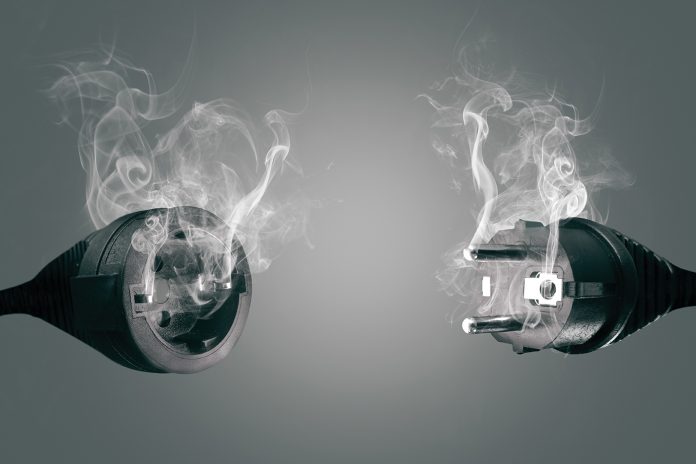 In mid-August, much of California suffered rolling blackouts that had as many as 10 million Californians going without power for days at a time. The excuse used by officials was a series of forest fires that hit vast swaths of the state’s rural areas, but this is nonsense. These blackouts were purely related to lack of electrical capacity, and that lack falls directly at the feet of the state’s Democratic Party-dominated government.

The rolling blackouts were, in fact, implemented during a “heatwave” that saw Southern California temperatures ranging all the way up into the mid-90s. Horrors. As demand ramped up from folks still locked-down by the orders of more Democrat officials wanting to keep their homes cooled, California’s power grid became overloaded for the simple fact that the state no longer possesses enough base-load power plants to generate the necessary level of power.

Meanwhile, in Texas, the folks at ERCOT and at city-run utilities in San Antonio and Austin manage to provide adequate electricity 24 hours per day, 365 days a year, even when temperatures in the state soar above 100 degrees for weeks on end during July through September. In fact, the last time Texas suffered significant blackouts was not even during the summertime, but during the winter of 2010-11 due to a massive freeze event.

As the Gavin Newsom-led state government flailed about trying to shift blame, their friends in the national news media rushed in to try to help. Here is an example from an August 18 piece at Politico:

The exact root of California’s rolling blackouts is still unclear as more power outages loom, and that’s allowed everyone to point fingers.

While California braced for another round of rolling blackouts Monday night, the state’s grid operator held off for a second straight night, citing cooler than expected weather and widespread conservation. It also came as Gov. Gavin Newsom questioned all of the state’s electricity players about why the outages occurred and faced blowback from frustrated residents. Still, the state says more blackouts affecting millions of residents could occur this week as a historic heat wave endures.

California has endured planned blackouts in recent years as a wildfire prevention measure. But it was the Golden State’s first round of rolling blackouts related to supply since 2001, when Enron and other energy traders manipulated California’s market.

Note how the liberal Politico writers managed to insert a reference to Enron, a company that did indeed manipulate markets in California and other parts of the country in the late 1990s, but which hasn’t even existed for almost 20 years. Note also, however, the key admission that Democrat governors Jerry Brown and Gavin Newsom have both used rolling blackouts intentionally as alleged “fire prevention measures”, an effort designed to condition residents of the Golden State to accept such systemic losses of power as just another part of the “new normal” that is being intentionally created by Democrat party policies.

Understand what this means, folks: To California Democrats, rolling blackouts are not an inconvenience to be avoided, but a public conditioning tool to be intentionally deployed during major emergencies.

The next three paragraphs of this lede-burying Politico story reveal the real nature of the issue:

Earlier Monday, the California Independent System Operator blamed Friday’s outages on “high heat and increased electricity demand.” Yet some energy experts noted that demand wasn’t particularly higher than normal, as is typical for weekends, and CAISO had predicted it would have adequate reserves on hand for the 80 percent of California’s grid that it manages.

“What’s weird about what happened is they were adequate until they weren’t,” said Michael Wara, director of Stanford University’s climate and energy program and a member of the state’s Catastrophic Wildfire Cost and Recovery Commission. “It seems as if certain power plants for some reason were not able to deliver on the commitments to supply reserves and also supply energy.”

Why yes, there are “problems with gas plants” in California: There aren’t enough of them. That’s because Sacramento’s Democrat-controlled government has spent the last 20-plus years making them increasingly costly to permit and build. In addition, the absurdly impractical emissions goals adopted by a string of left-wing governors have given public utilities like CAISO no choice but to resort to a massive over-reliance of intermittent sources like wind and solar while at the same time under-building new base-load capacity fired by natural gas plants.

Indeed, it is not even possible at this point to build any form of true baseload power plants in California other than combined-cycle natural gas, as coal and nuclear have been basically outlawed by the Democrats in the state. But the ability of utilities to build more gas plants has also been restricted by lack of supply as Democrat politicians have also adopted policies that make it almost impossible to build new pipelines in the state. And so, we have the rolling blackouts day after day during a summer that is not particularly hot by California standards and which is positively mild by standards seen in other southwestern states.

Back to Texas: The Lone Star State far and away leads all other states—and all but a handful of countries—in total wind power capacity. Texas also has a strong and rapidly expanding solar industry. Both of these renewable sources of electricity play a significant role in the Texas power grid.

So, why does Texas manage to keep the lights on like any true first-world society should be capable of doing? Because ERCOT and state-elected officials have put policies in place that ensure that utility companies are able to build out the necessary baseload capacity the state’s growing population requires. By their very intermittent nature, neither wind nor solar are capable of providing that baseload capacity: That must be accomplished by plants powered by natural gas, coal or nuclear.

In Texas, natural gas has been the fuel of choice for new capacity for the last 20 years. It should be noted that, during those same 20 years, Texas has also led the nation in the reduction of greenhouse gas emissions even as its population has mushroomed by over 50%. Funny how that works, huh?

By their irrational pursuit of renewable goals that are fundamentally impossible to meet, California’s Democrats have ensured that blackouts have become a fact of life for their state’s citizens. In fact, what we are seeing take place in California this week is nothing more or less than a preview of the kinds of summer days filled with rolling blackouts that the energy/environment policies endorsed by Joe Biden and Kamala Harris would produce for the entire nation.

California is, in fact, the “Green New Deal” in action.

If you like your air conditioning and want to keep it, you should vote for Donald Trump in November. It really is that simple.